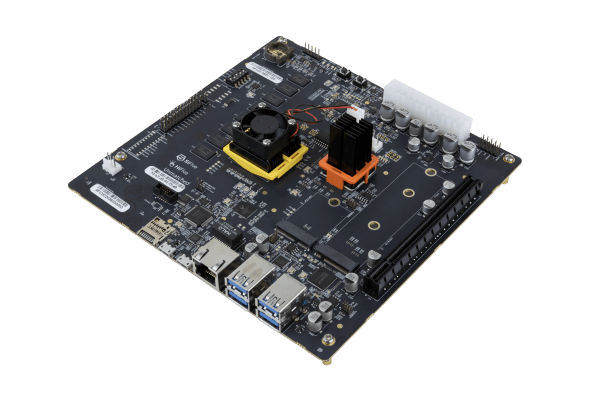 One of the most interesting projects to watch these days in tech is RISC-V. The non-profit organization and wider community is building an open-source and standardized instruction set architecture (ISA) that allows chip creators to design their own chips unencumbered by licensing and patents typical of other ecosystems, such as those of Arm.

Building an ISA and the associated tooling is hard work — and expensive, which is one reason why the industry has been practically impervious to the open-source movement that is now a mainstay in software circles. The RISC-V community has spent years developing, cohering, and getting traction for its vision of the future of computing. Along the way, it’s acquired major support, with members as diverse as Google, Oculus, Huawei, IBM, Nvidia (which is in the process of buying Arm), Qualcomm and more joining the organization.

Now, the ecosystem is starting to mature and getting ready for wider adoption outside of hardware laboratories and test data rooms.

SiFive is one of the most high-profile companies spearheading the commercialization of RISC-V technology. It was founded by a number of the inventors and leading researchers of the technology (which was centered around Berkeley), and has also managed to attract big names like Chris Lattner, who led the development of the Swift programming language that today is the main choice for developers in the Apple ecosystem. The company has raised $190 million to date, including most recently a $61 million Series E round. Among its most notable investors is Sutter Hill, which made a massive return earlier this year on Snowflake Computing.

Today at the Linley Conference, a major stop on the … circuit for processor announcements, SiFive launched its PC-focused RISC-V board, dubbed “Unmatched.” The goal of the product is to make it easier for developers to buy PCs or host server farms and enable them to test their code on RISC-V’s architecture. That should make the onramp into the RISC-V universe more inviting for a broader range of engineers.

It’s all part of a revamped go-to-market strategy that SiFive’s new CEO Patrick Little is plowing ahead on. Little joined the company last month from Qualcomm, where he led the company’s expansion into automotive tech, and he has a multi-decade background in the industry. His mandate is to take the technological work that SiFive has developed and get it into the hands of the widest number of users.

“We’re just trying to drive adoption and open up the platform, so that software can be developed at scale,” Little said. He noted that developers have consistently asked for a more mainstream PC board in a standard form factor. “They wanted to plug and play on a PC platform that was familiar to them,” he said.

The HiFive Unmatched PC board hosts the SiFive FU740 SoC, and has a five-core processor that is based on SiFive’s 7-series core, which the company says is the fastest commercially-available core available through RISC-V today. The board is based on the mini-ITX form factor.

In addition to the PC board, the company announced last week at the Linley conference the launch of its SiFive Intelligence VIU7 Series, which is a vector processor designed for AI and graphics workflows and is centered around the RISC-V Vector Extension (RVV) standard ISA.

These announcements are laying the groundwork for more new products targeting the major buckets of computing needs in the industry.

One major new propulsive force for the company is indeed Nvidia’s announcement that it intends to acquire Arm. That news reverberated quickly around the industry as chip builders grapple with a future where the tie-up controls a wide swatch of the AI, graphics and mobile processing markets. More and more companies are looking for alternatives, and RISC-V is one of the few available on the market today.

An open-source ISA means “a company can design around that platform for years or even decades to come without the fear that it would go away,” Little said. “It’s moved from an operational objective to a strategic imperative.”

Little is ambitious for SiFive, saying that “leading is choosing for us, because the opportunity is fantastic right now, and so really it’s just trying to map these assets into the right opportunities.” With the market currents going its way and open-source hardware looking less like a pipe dream, SiFive is well-positioned to take advantage of what might well be one the bigger shifts in processing we have seen in years.

Source: https://techcrunch.com/2020/10/29/sifives-new-pc-is-bringing-open-source-computing-closer-to-reality/?utm_source=feedburner&utm_medium=feed&utm_campaign=Feed%3A+Techcrunch+%28TechCrunch%29
Proactive Computing found this story and shared it with you.
The Article Was Written/Published By: Danny Crichton