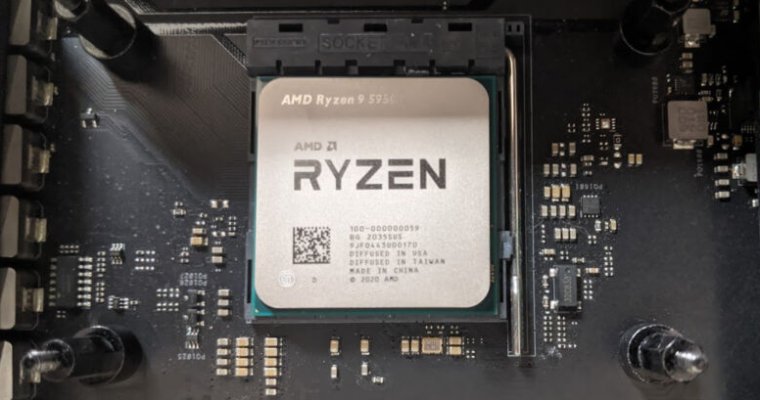 Enlarge / Brand-new CPUs look so pretty before you put the thermal paste on and hide them under a cooler. (credit: Jim Salter)

Last week, Ars got samples of the two highest-end models in the new CPU lineup—the $800, 16-core/32-thread Ryzen 9 5950X, and the $550 12-core/24-thread Ryzen 9 5900X. And we can confirm most of AMD’s benchmark claims—IPC has improved, along with both single and multi-threaded performance, across the board, beating Intel soundly on nearly all fronts.

The only quibble we have with AMD’s claims regards power consumption, not performance—and to be fair, it’s almost certainly not AMD’s fault. The system’s desktop idle power consumption increased about 10W—but the increase affected our older Ryzen 9 3900XT CPU, as well as the two new Zen 3 parts. Knowing that, we expect the increase comes from the mandatory BIOS upgrade we had to perform on the ROG Crosshair VIII Hero motherboard, rather than the new CPUs themselves.

Source: https://arstechnica.com/?p=1719448
Proactive Computing found this story and shared it with you.
The Article Was Written/Published By: Jim Salter