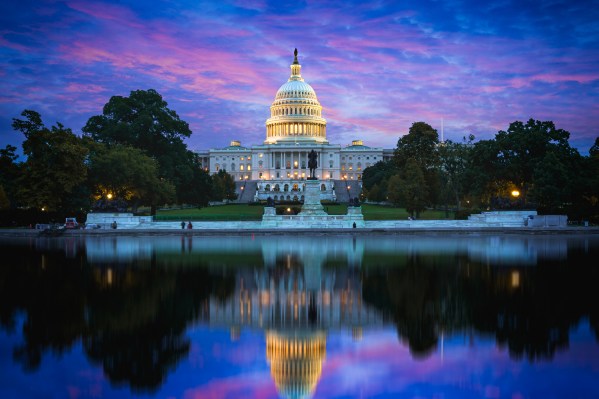 There are, however, other provisions that could also have serious implications for the technology and media worlds. For one thing, the bill includes a proposal from Senator Thom Tillis (a Republican from North Carolina) that would make illegal streaming a felony, with penalties of up to 10 years imprisonment.

When Tillis released a draft of his proposal earlier this month, the open internet/intellectual property nonprofit Public Knowledge released a statement arguing that there’s no need “for further criminal penalties for copyright infringement,” but also saying that the bill is “narrowly tailored and avoids criminalizing users” and “does not criminalize streamers who may include unlicensed works as part of their streams” — instead, it focuses on those who pirate for commercial gain.

The bill also includes the CASE Act, which creates a new Copyright Claims Board within the U.S. Copyright Office. This system has been compared to small claims court, with the ability to adjudicate copyright claims and order payments of up to $30,000.

When the House of Representatives was debating the CASE Act last year, proponents defended it as giving independent artists an easier way to pursue copyright infringement claims, while groups like the American Civil Liberties Union and the Electronic Frontier Foundation said it could have a negative impact on individual internet users. Techdirt’s Mike Masnick argued yesterday that it will “supercharge copyright trolling exactly at a time when we need to fix the law to have less trolling.”

Now that the House and Senate have approved the bill, it’s going to President Donald Trump for his signature. Since the full text was only released yesterday, we can probably expect plenty more debate over its implications in the weeks and months to come.

Source: https://techcrunch.com/2020/12/22/stimulus-bill-streaming/?utm_source=feedburner&utm_medium=feed&utm_campaign=Feed%3A+Techcrunch+%28TechCrunch%29
Proactive Computing found this story and shared it with you.
The Article Was Written/Published By: Anthony Ha