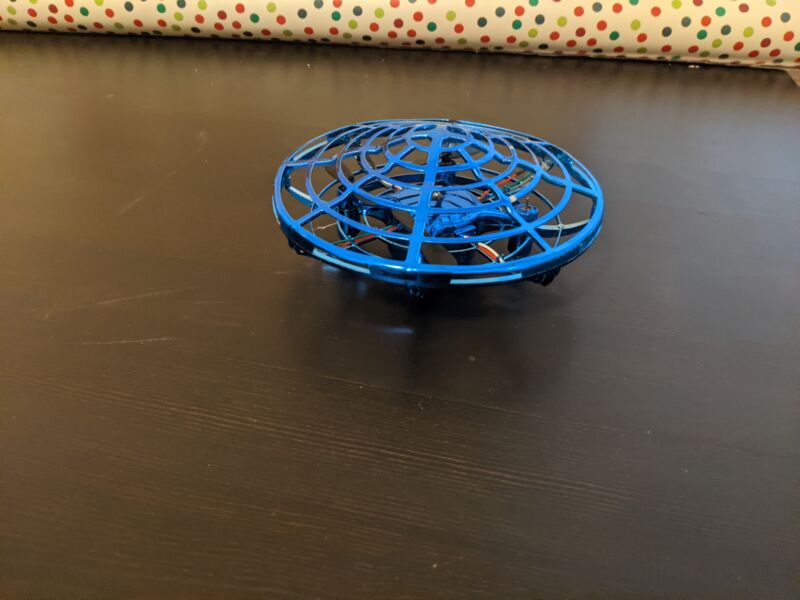 Enlarge / Our $24 drone. You can see the missing propeller on the right. (credit: Timothy B. Lee / Ars Technica)

Like thousands of other parents, I decided to get my kids a cheap drone for Christmas. I spent $24 for a plastic flying machine with rudimentary collision-avoidance capabilities. A plastic cage mostly kept small fingers away from the four propellers. The kids were delighted for the first couple of hours.

Then my five-year-old daughter somehow managed to get one of the propellers stuck in her hair. The drone was never the same after that. Instead of hovering in the air, it started veering crazily to one side and falling to the floor. A couple of hours later, I noticed that another propeller—not the one that had grabbed my daughter’s hair—had fallen off entirely. Now when you toss it up it immediately flips over and plunges to the floor.

The kids enjoyed the drone so much in its few brief hours of functionality that I thought I might buy them another one. (Hopefully this one would avoid my daughter’s hair.) If I did more research and spent a bit more money, I hoped I could find a higher-quality model that wouldn’t fall apart after a few hours.

Source: https://arstechnica.com/?p=1732132
Proactive Computing found this story and shared it with you.
The Article Was Written/Published By: Timothy B. Lee