The app is expanding its comment filtering tools to give users the ability to approve all new comments before they can appear underneath their clips. With the change, new comments will be hidden until the account owner approves them. The company notes that it already lets users filter comments based on keywords, but that the new setting provides an additional layer of control. 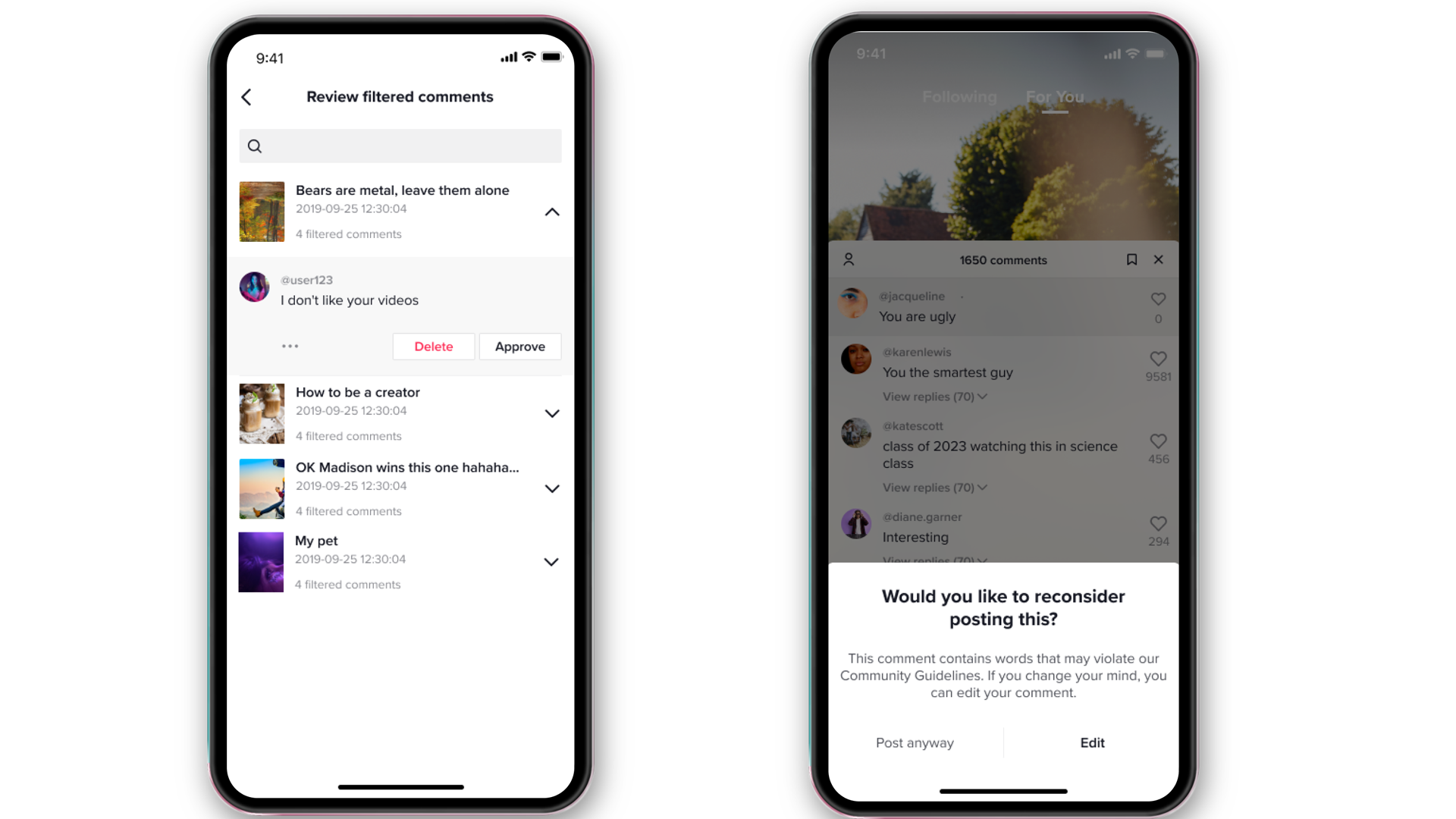 TikTok is also adding a feature meant to proactively stop bullying before it happens. When it detects that a particular comment may break its rules, the app will prompt users to “reconsider” before posting. The feature is similar to one created by Instagram, which warns users when it detects a potentially rule-breaking remark. Like Instagram, TikTok won’t prevent users from posting the comment in question, but will give them the opportunity to change their words.

TikTok has tightened its rules around bullying in recent months. The company updated its community guidelines in December to add more specifics around its anti-bullying and harassment policies. It’s also working with a group of outside experts who advise the company on content policies and moderation rules.

Source: https://www.engadget.com/tiktok-adds-anti-bullying-comment-controls-130007601.html
Proactive Computing found this story and shared it with you.
The Article Was Written/Published By: Karissa Bell