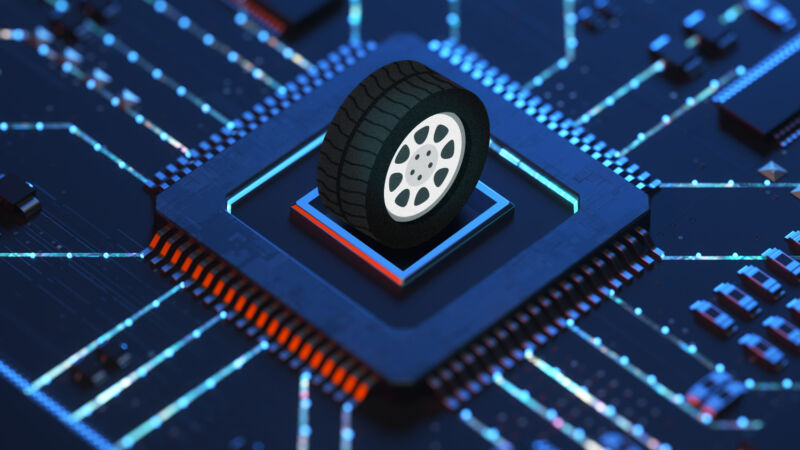 The auto industry continues to suffer the effects of a worldwide shortage of silicon chips. General Motors will idle production of midsize pickup trucks at a factory in Missouri until April 12 and extend the shutdown of another factory in Michigan. In South Korea, Hyundai Motor Group, which had been unaffected so far, now says it expects to have production problems in April due to the shortage. And if that wasn’t enough, a fire at a factory in Japan will further exacerbate the problem.

The chip shortage got started with the COVID-19 pandemic. As countries around the world went into lockdown in 2020 to combat the virus’s spread, many automakers saw their sales evaporate at the same time as public health measures forced the closure of some factories. Consequently, some of these companies cancelled pending orders for chips, which resulted in the foundries switching to fulfilling other orders. But as demand for new vehicles started to pick up, the OEMs discovered that it would be some time before their chip suppliers could meet these new orders, as the chip factories had no spare capacity.

In February, GM said it had to halt production at factories in Kansas, Canada, Mexico, Brazil, and South Korea as it prioritized more profitable product lines. Some of those plant closures will continue until April, the company now says. It will now also idle a factory in Missouri that currently builds GMC Canyon and Chevrolet Colorado midsize pickups, until April 12 at the earliest. And another GM factory in Michigan will idle two weeks earlier than planned in late May. And while it is keeping its full-size truck production steady, some of the pickups are leaving the production line without a chip that enables their 5.3 L V8 engines to deactivate certain cylinders for better fuel efficiency.

Source: https://arstechnica.com/cars/2021/03/global-chip-shortage-worsens-forces-production-cuts-at-gm-hyundai/
Proactive Computing found this story and shared it with you.
The Article Was Written/Published By: Jonathan M. Gitlin