How to clean and organize your PC

Outside of your phone, your PC is likely the one piece of technology you use the most. If for no other reason than that, you should take care of it. Not only will it last for longer, but it will also work better over the time that you keep it. In this how-to, we’ll share some tips on how to take care of your PC. Of course, it’s impossible to cover this topic from every angle, so think of this guide as an introduction more than anything else.

How to clean your computer and peripherals 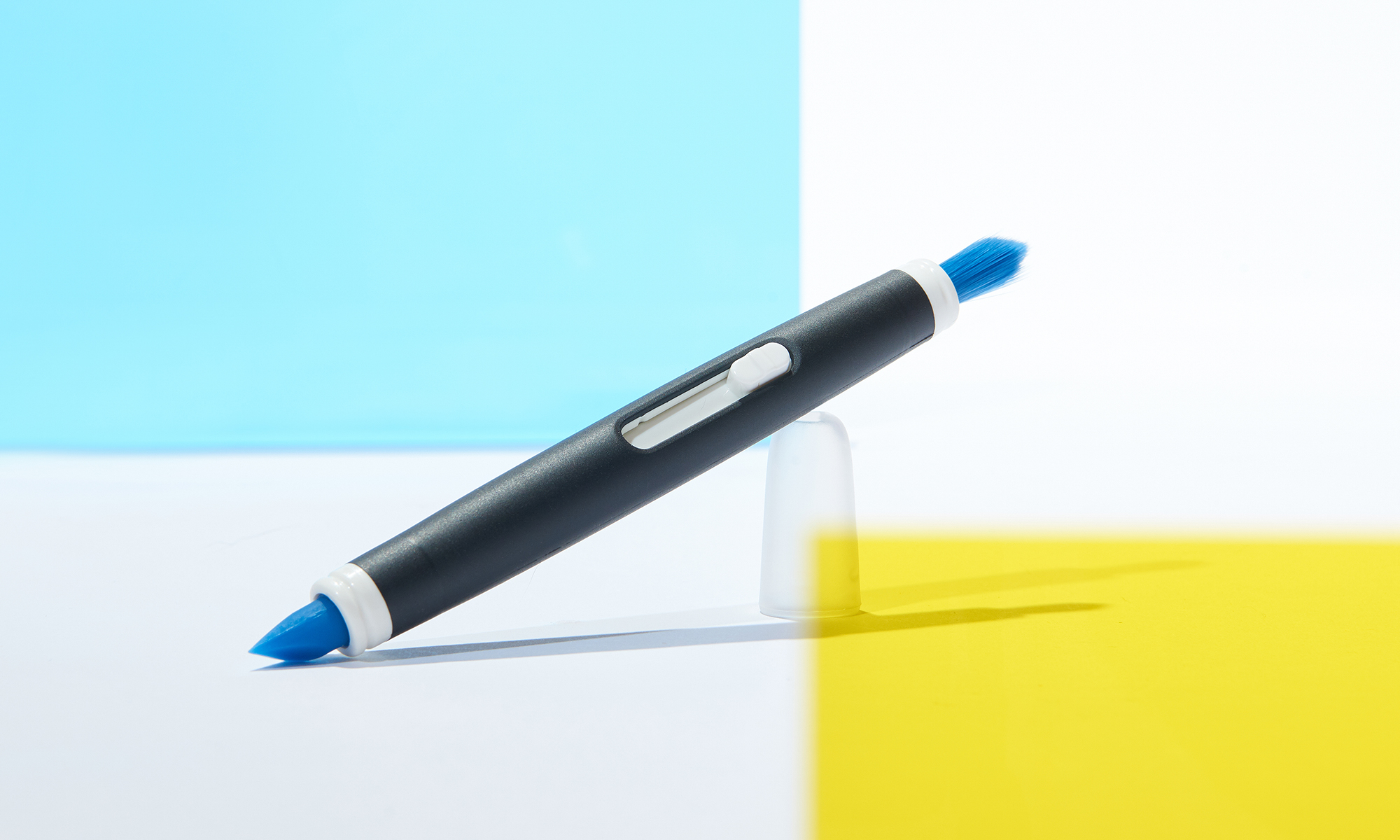 Windows PCs, especially desktops, come in various shapes and sizes, but the tips we’re about to go through here will help you clean your computer whether you bought it prebuilt or put together yourself. If you own a laptop, look at our recent Mac organization guide. All the steps we detail there will work just as well for a Windows portable.

Before cleaning the inside of your computer, start with your display and peripherals. At this stage, all you’ll need is some distilled water in a spray bottle and a microfiber cloth. You can buy the former at a grocery store or make it yourself. And if you don’t already own any microfiber cloths, Amazon sells affordable 24-packs you can get for about $15. Once you have those in hand, spray the water onto a clean cloth and wipe down your computer’s display before moving to the mouse and keyboard. You want to start with your screen to avoid transferring dirt and residue to the panel.

It’s possible to write an entirely separate guide on how to clean keyboards, but the short version is you’ll want to pick up a keycap puller and use that to give you unobstructed access to any debris and gunk that has been building up under your keys. If the keycaps have a lot of dirt and residue on them, your best option is to soak them in warm water and use a toothbrush to scrub away the buildup. Give them plenty of time to dry before reinstalling them on your keyboard. 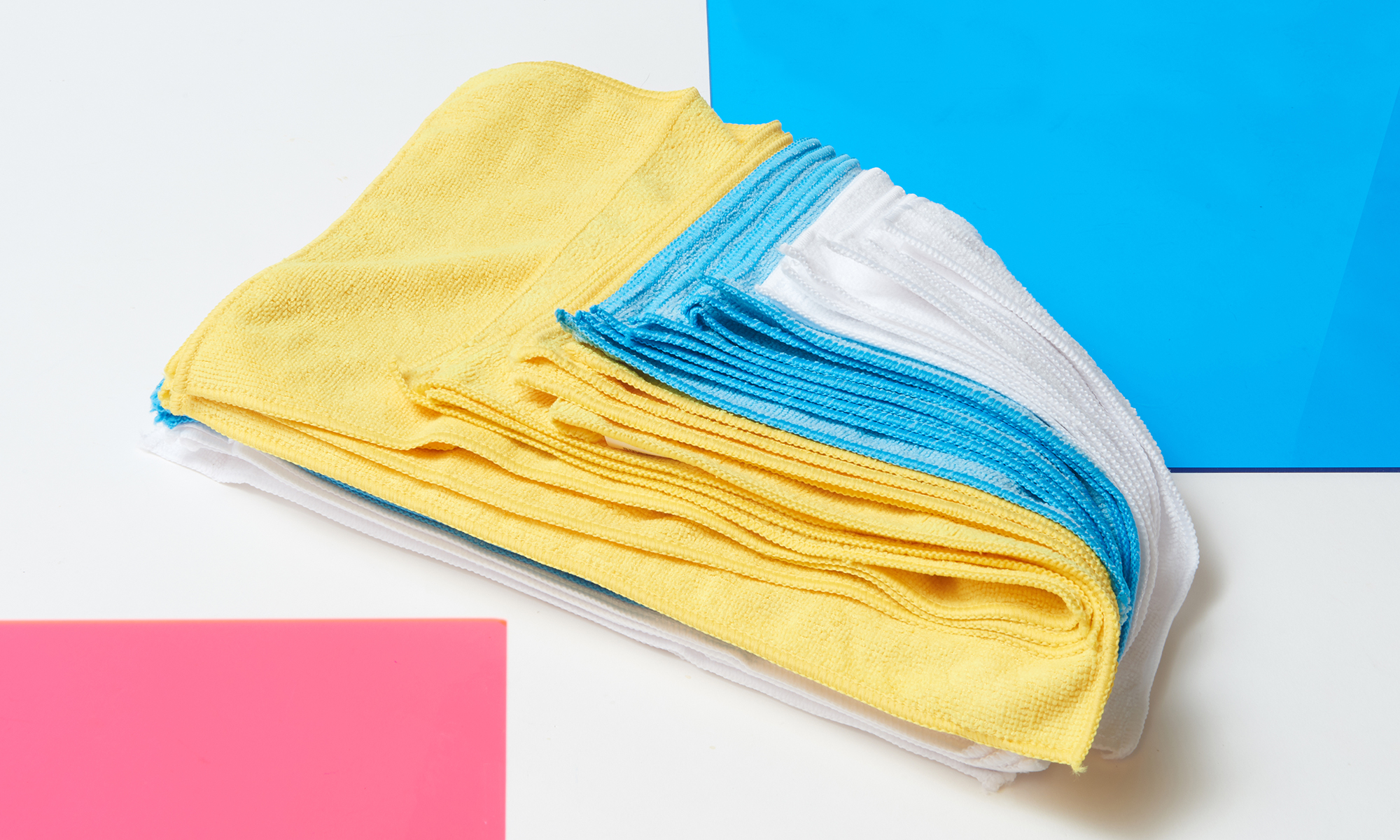 Once you’re done with those, turn off your PC and unplug everything that’s connected to it. You’ll also want to switch off the power supply unit (PSU) by flipping the toggle on its outside to the “O” position. Next, push down on the power button a couple of times to discharge any static electricity that you might be carrying around.

If at all possible, do most of the steps we’re about to describe outside. The last thing you want to do is go through the trouble of cleaning your computer and then let it pull in all that dust again.

Once you’ve moved your computer, start by removing the side panels. Most modern cases allow you to do this without any tools, but you’ll need at least one screwdriver for most of the work we’ll detail in a moment. When it comes to most screws inside your computer, a 4-inch Phillips screwdriver should be all you need. Some components, such as your GPU, may include Torx screws and the like, but don’t worry about those for now since we won’t be taking them apart. If you don’t already own a decent set of screwdrivers and have something of a DIY streak in you, a driver kit from iFixit is your best bet. The 16, 32 and 62-bit kits it sells are an excellent starting point, and they’ll come in handy with more than just your computer.

If your PC has any dust filters, remove those now and give them a rinse at the sink before setting them aside to dry. Depending on how long your computer has been collecting dust, you may want to remove some components such as the GPU to make it easier to clean everything. If that’s something you feel comfortable doing and it’s your first time removing any of the internals, use your phone to take photos of the interior. The images will help you put all the parts in their original place at the end. That’s important to do since there’s an optimal way to install many of the components in your computer. For instance, you always want to install your GPU in the fastest available PCIe lane. When it comes to removing any PCI cards, first unscrew its mounting bracket and then push the corresponding release on your motherboard before pulling the card out. 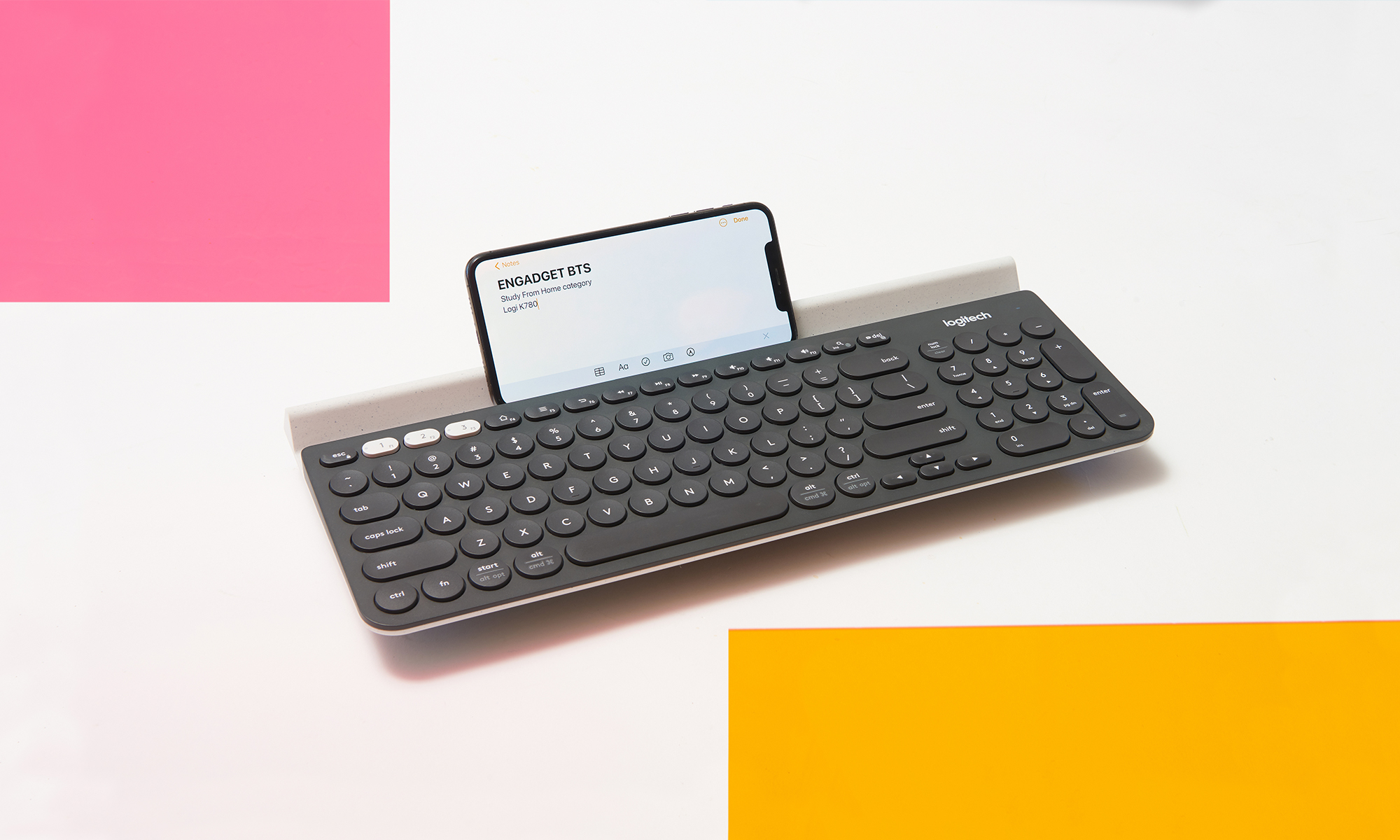 Whether you decide to keep all your computer’s internals in place or not, you’ll need something to blow all that dust away. A can of compressed air is one option, but I like to use a Giottos Rocket Blower. It was designed for cleaning camera sensors and won’t damage any of your components. It’s also a one-time purchase. Whatever you have at hand, use it to blow away the dust that’s been building up on your computer’s internal components, fans and grills. Pay special attention to the heatsinks attached to your PC’s CPU, GPU, chipset and voltage regulators. They will likely have most of the hardest to remove dust in your system thanks to their tight fin stacks. What’s more, especially bad buildup can make them ineffective at cooling those components, which will, in turn, affect their performance.

When cleaning any exposed PCB, use an antistatic brush (like this one from OXO) instead of a microfiber cloth. You’ll avoid damaging any of the sensitive components on the board. You can go over any non-electronic part with a dampened microfiber cloth.

At this point, all you need to do is put everything back in its place. As one final tip, if there’s any way you can avoid leaving your desktop on the floor, you’ll end up spending less time cleaning it since it won’t be near all the dust and dander that collects there. If your desk setup or living space makes that not an option, a PC tower stand is a cheap but effective way to elevate your computer off the ground and help it pull in less debris.

How to organize your PC’s storage drives 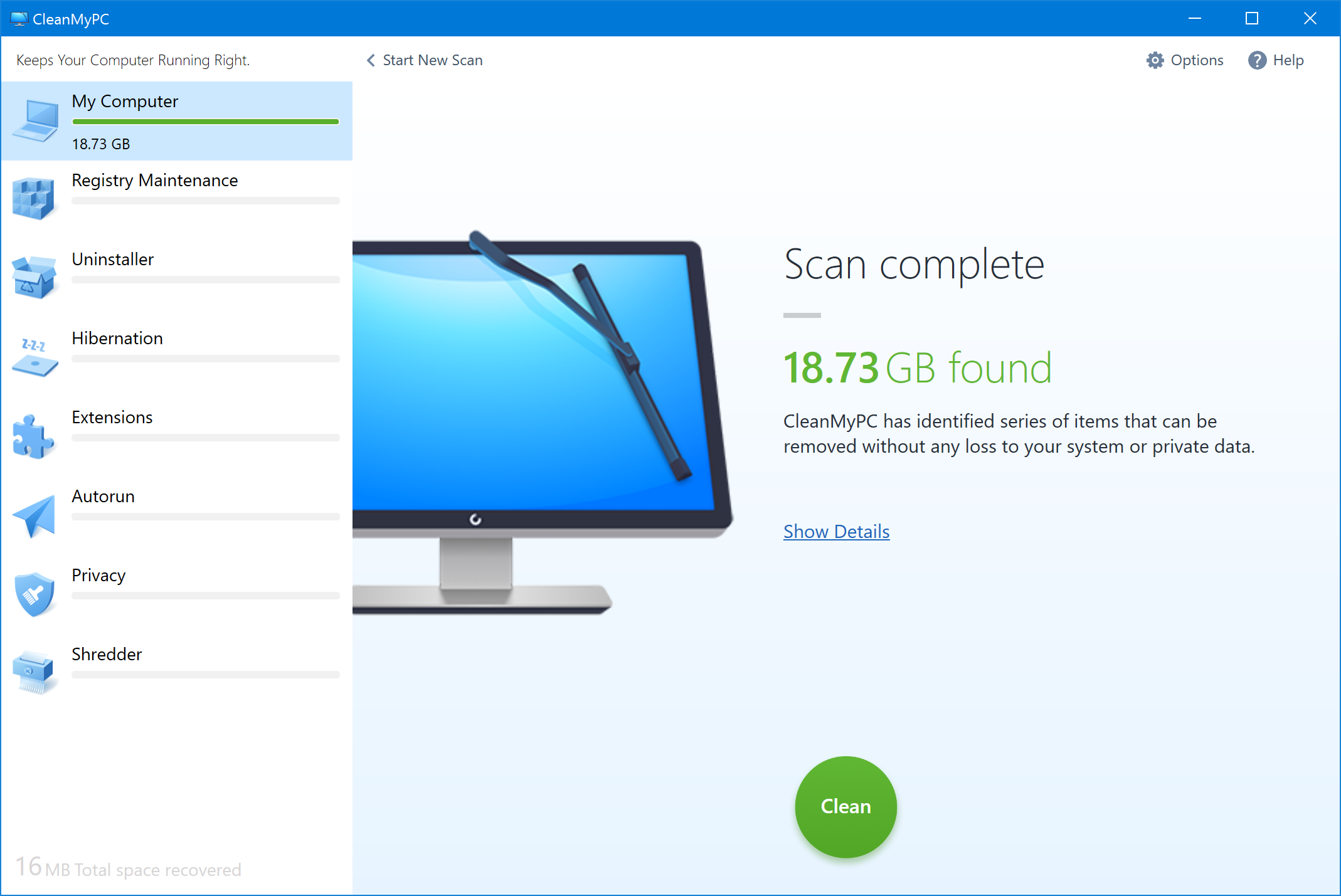 If it’s been a while since you’ve done an audit of all the software you have installed on your computer, the best place to start is in the Task Manager. It’s here you can see how much of its resources your computer is devoting to specific processes. Since everyone will have different software installed on their PC, it’s hard to offer blanket recommendations, but using the Task Manager you can get a sense of the apps that may be slowing down your computer. For most people, there will be two main culprits: bloatware and antivirus software.

If you bought your PC from a system integrator like Dell, it will almost certainly include software your computer doesn’t need to operate. So you can safely uninstall those apps to improve performance and save on space.

This next tip may be contentious for some, but I believe as long as you avoid clicking on sketchy links and stay away from the dark corners of the internet, Windows Defender is all you need to protect your computer from the majority of malware that’s out there. While there are good antivirus programs like Bitdefender and Malwarebytes, the majority cost far too much for what they offer and will only slow down your computer. If you don’t feel comfortable uninstalling your antivirus software, then by all means, leave it on your computer.

While you’re in the task manager, you’ll also want to click on the “Startup” tab to see what programs your computer is launching when you power it on. You can speed up that process simply by limiting that list to as few apps as possible. As for the actual process of deleting any software you don’t need, always uninstall programs from the Control Panel as this will leave the fewest leftovers when everything is said and done. If you’ve used Windows for a while, you’ll have errant files, folders and registry entries all over the place. It’s possible to cull those manually, but doing so can be time-consuming. So we recommend using a program like Iolo System Mechanic or CleanMy PC to complete a deep clean of your system.

If you have any mechanical drives installed in your computer, it’s good to get into the habit of defragging them regularly. First, launch the built-in Defragment and Optimize Drives app and click the “Optimize” button. Depending on the size of your hard drive, this process may take a while. Don’t defrag your SSDs, as you’ll only shorten their lifespan for little to no performance improvement.

How to organize your apps, tabs and other windows 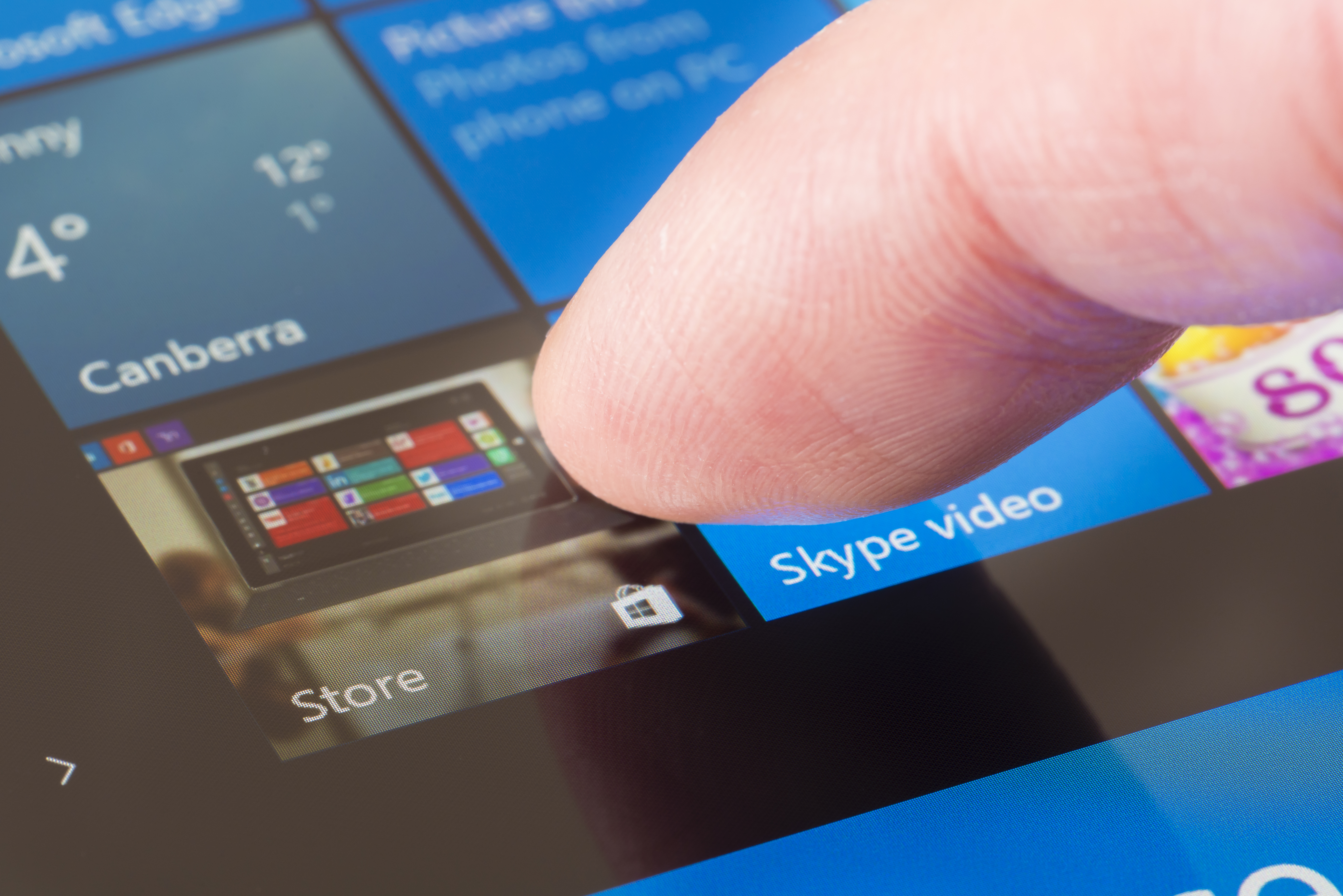 Say what you will about Windows 10, but the fact is it comes with some of the best window management tools built right into an operating system. You don’t need to download any additional software to organize your desktop, but there are some settings you can tweak to get even more out of its signature Snap functionality.

As you may already know, you can press the Windows and Tab keys at the same time to bring up the Task View pane. It’s here that you can add additional virtual desktops. If you’re not already using virtual desktops, they’re great for organizing your active windows so that you don’t have to constantly rearrange them when you’re trying to find a specific one. You can quickly press the Windows key, Ctrl and either the left or right arrow keys to move between desktops. But to make things even simpler, head to the Settings app and into the Multitasking section of the System menu. Under the “Virtual desktops” heading, switch both settings to “All desktops.” You can now use the Alt-Tab shortcut or taskbar to switch to any app on any desktop.

When it comes to wrangling your tabs, a lot of that will depend on the browser you use. But as a decent starting point, all the most popular ones include a feature that allows you to pin tabs. I use this to keep the websites I visit most frequently throughout a workday (in my case, Gmail, Trello and Google Drive) open at all times and at the top of my tab bar. In that way, those tabs never get lost among the countless other websites I might have open for a story I’m writing. What’s more, in the case of Brave, the browser I use, I can use a handful of keyboard shortcuts to jump to those tabs quickly.

In closing, we want to highlight just how much customization Windows 10 offers you when it comes to the organization of your computer. As just one example, you can right-click on items located on the taskbar and start menu to put the apps and shortcuts you use most frequently within easy reach. However, if you want to really dig into all the options Windows 10 offers on that front, websites like Windows Central have detailed how-tos that are an excellent starting point.

Source: https://www.engadget.com/how-to-clean-and-organize-your-windows-pc-150026502.html?src=rss
Proactive Computing found this story and shared it with you.
The Article Was Written/Published By: Igor Bonifacic