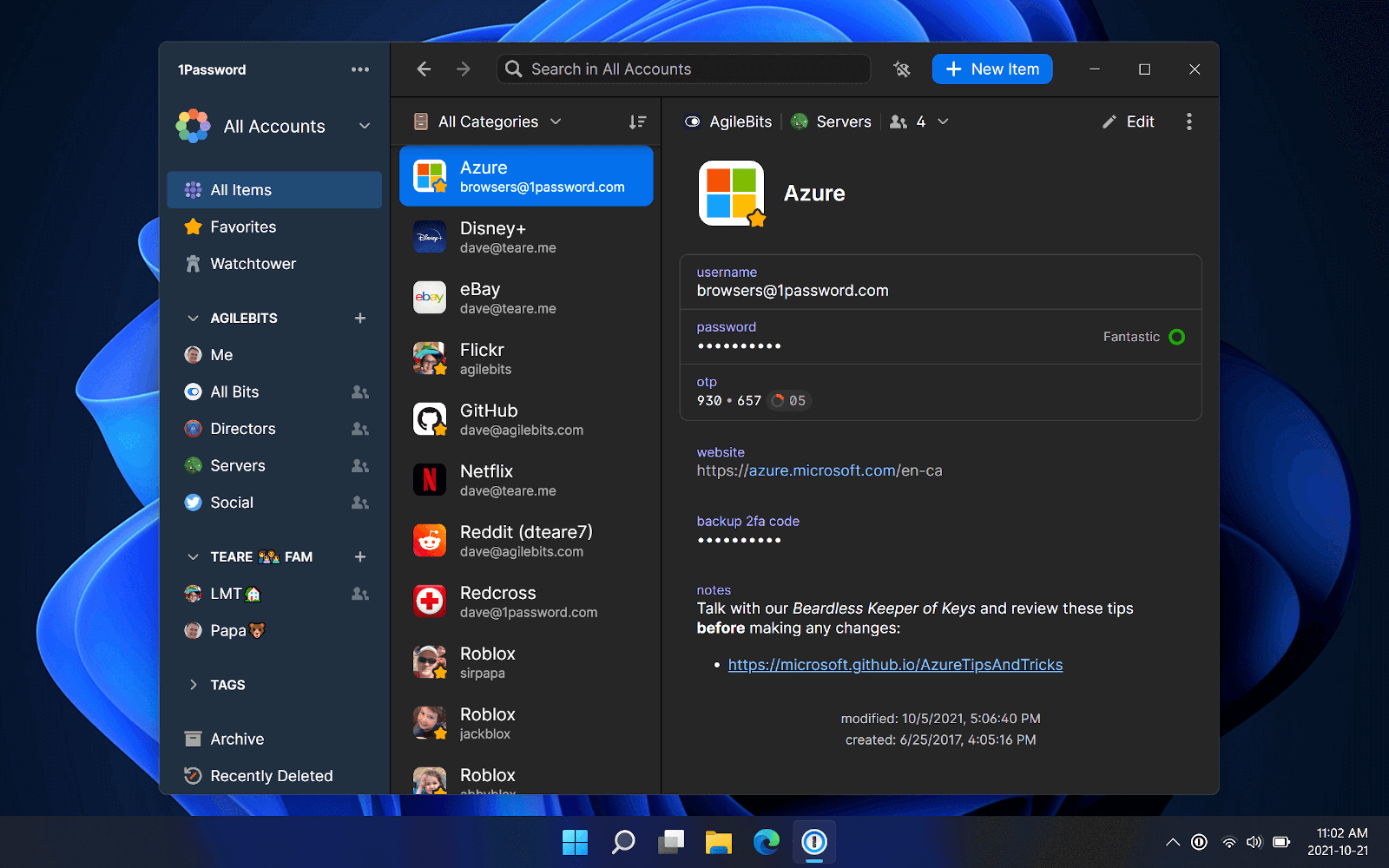 1Password’s latest major update is now out of early access and is officially available for Windows 11. The version, called 1Password 8, features a brand new design and new productivity and security capabilities. Company chief experience officer Matt Davey said 1Password created a whole new design language dubbed Knox for the project to help ensure consistency across devices. As we mentioned in the past, categories have moved from the sidebar to a dropdown menu, and you’ll also see new icons and the option to switch to dark mode.

The new version was built to be faster than its predecessor, with a feature called Quick Access that gives you a way to find and use saved credentials even when the 1Password app isn’t open. There’s also a new Item Catalog feature that guides you through the process of viewing or adding items, and smart suggestions that recommend matches as soon as you type in your search term.

On the security front, 1Password 8 comes with a new Watchtower Dashboard that helps you identify weak or compromised passwords and inactive two-factor log-ins. You’ll also be able to restore deleted items, which can be extremely helpful for when accidents happen, and you’ll be able to share log-in details with anyone through Psst! The company introduced the password-sharing feature in October, giving you a way to safely share logins with co-workers or clients even if they don’t have an account themselves.

1Password also made the latest version available for early access on Macs in August, a couple of months after early access came out for Windows. It has yet to announce when general availability will be open for Mac users, but it did say in the past that it expects to release 1Password 8 for Apple’s OS later this year.

Source: https://www.engadget.com/1-password-8-officially-available-windows-140021850.html?src=rss
Proactive Computing found this story and shared it with you.
The Article Was Written/Published By: Mariella Moon