Rep. Alexandria Ocasio-Cortez, who captivated millions this week with an Instagram Live monologue about her Capitol siege experience, shared her social media savvy Wednesday during a master class with her fellow Democrats.

Why it matters: One of the party’s best digital practitioners is trying to help the Congressional Progressive Caucus, in particular, become stronger, more sophisticated and prolific so it can better shape policy in the 117th Congress.

Driving the news: The New Yorker spoke virtually during a Zoom call with more than 140 people, including CPC members and staff. She said President Biden’s inauguration was a turning point for the type of messaging Americans want to see from Democrats.

Inside the virtual room: Ocasio-Cortez acted as a creative director, of sorts, for Democratic colleagues who, by and large, are unfamiliar with how to project authenticity on social media.

The big picture: Democrats aren’t just trying to figure out their best message as a party; they’re desperate for strong messengers who can reach more voters by meeting them where they are — online.

Source: https://www.axios.com/aoc-instagram-social-media-b1caf529-601a-4820-97ab-5be73bc50185.html
Proactive Computing found this story and shared it with you.
The Article Was Written/Published By: Alexi McCammond

Rep. Alexandria Ocasio-Cortez (D-N.Y.) on Friday condemned Facebook as well as co-founder and CEO Mark Zuckerberg for misinformation posted on the platform, arguing that both Zuckerberg and his company “bear partial…

Source: https://thehill.com/homenews/house/534585-ocasio-cortez-facebook-zuckerberg-partially-responsible-for-insurrection
Proactive Computing found this story and shared it with you.
The Article Was Written/Published By: Celine Castronuovo 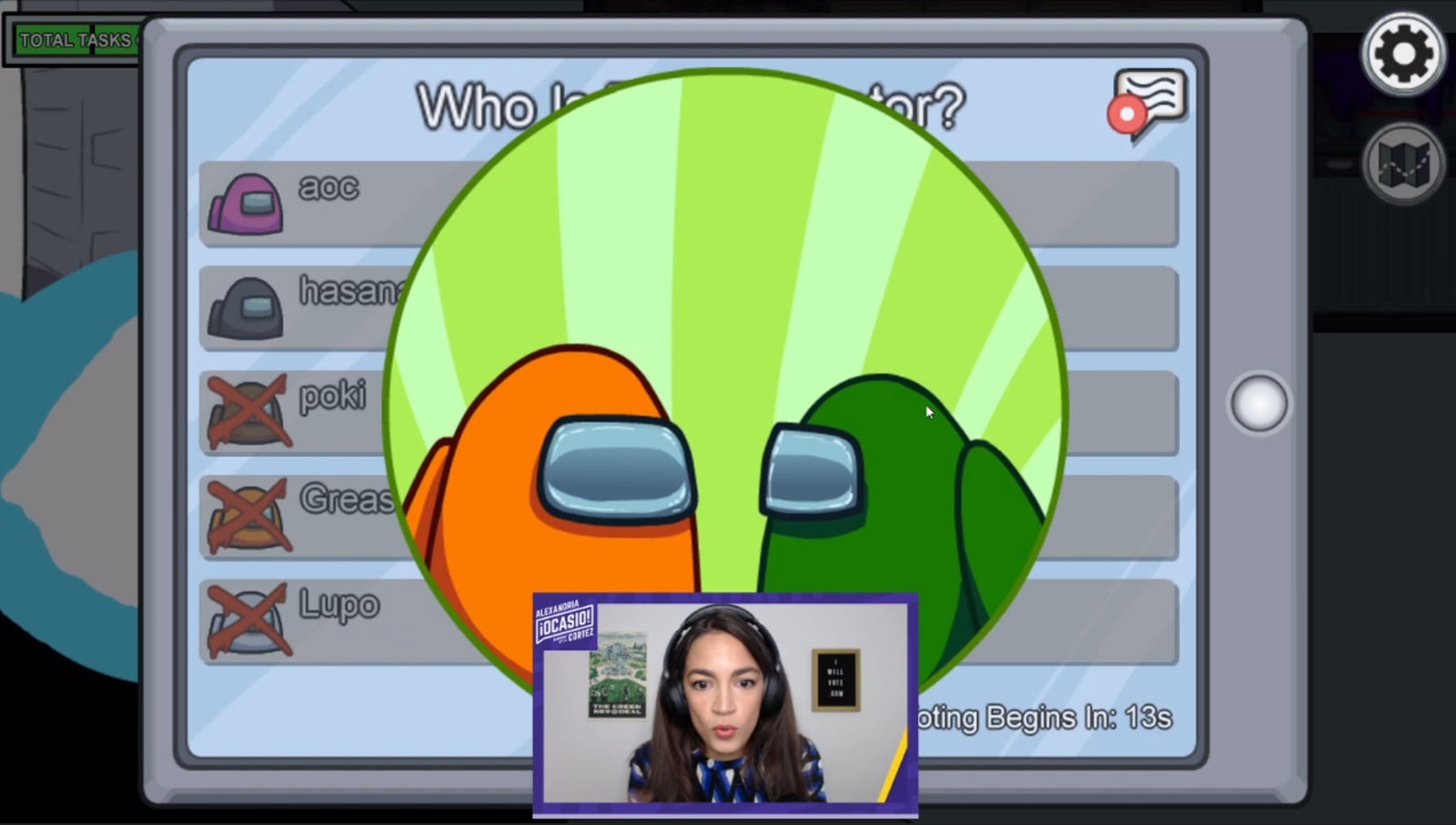 Rep. Alexandria Ocasio-Cortez is set to make her return to Twitch tonight for another round of Among Us. She’ll join forces with MP Jagmeet Singh, the leader of Canada’s New Democratic Party, for her second live stream on the platform. Canadian Mem…

Source: https://www.engadget.com/aoc-twitch-among-us-jagmeet-singh-171253442.html
Proactive Computing found this story and shared it with you.
The Article Was Written/Published By:

AOC, Congress’ resident gamer, planning Twitch stream to get out the vote

October 20, 2020 / jamie
<p>It’s not the first time the New York congresswoman has mixed gaming and politics</p>

Source: https://www.independent.co.uk/news/world/americas/us-election-2020/aoc-twitch-stream-get-out-the-vote-election-b1167349.html
Proactive Computing found this story and shared it with you.
The Article Was Written/Published By: Josh Marcus