A Florida-based hospital system revealed on Saturday it suffered a data breach that included the personal and medical information of patients and staff….

Source: https://thehill.com/homenews/state-watch/587931-florida-hospital-system-suffers-data-breach-including-medical
Proactive Computing found this story and shared it with you.
The Article Was Written/Published By: Olafimihan Oshin

December 2, 2021 / jamie
Ransomware hackers stole the personal information of around 400,000 Planned Parenthood patients in Los Angeles, a spokesperson for the reproductive health

Source: https://www.nbcnews.com/news/hackers-held-planned-parenthood-ransom-accessed-data-400000-users-rcna7336
Proactive Computing found this story and shared it with you.
The Article Was Written/Published By: Kevin Collier

Someone recently hacked and attempted to extort Robinhood, the popular investment and trading platform, gaining access to millions of customers’ email addresses and full names in the process.

Source: https://gizmodo.com/robinhood-hack-compromises-millions-of-customer-email-a-1848019174
Proactive Computing found this story and shared it with you.
The Article Was Written/Published By: Lucas Ropek In an effort to “foster more disruption and competition in the online video streaming space,” an anonymous hacker has leaked the entirety of Twitch’s source code and creator earnings. The leak also contains info on an unreleased Steam competitor and data related to Twitch’s security tools. And unfortunately, this is just “part one” of an ongoing gigaleak.

Wrapped in a 125GB torrent, this leaked data was first shared on a 4chan thread the morning of October 6th. Trusted sources have verified its authenticity to Video Games Chronicle and The Verge, and Twitch confirms that it suffered a data breach (it hasn’t verified the leak’s authenticity). Some files in this leak were last modified on October 4th, a sign that Twitch may have been hacked just a few days ago.

All of Twitch’s source code is included in this leak, and that includes source code for the platform’s mobile, desktop, and console clients. Shockingly, this source code is so complete that it contains full “commit history” from the company’s developers—that is, notes made to indicate changes made to the Twitch backend.

We can confirm a breach has taken place. Our teams are working with urgency to understand the extent of this. We will update the community as soon as additional information is available. Thank you for bearing with us.

Internal Twitch moderation tools also appear in the leak. The most notable (so far) is Twitch’s “red teaming system,” which allows moderators to pretend that they’re hackers. Oh, and evidence that the “golden kappa” that users randomly receive is manually handed out by moderators. We still don’t know if any damaging security tools are tucked in this leak.

And if you’ve ever wondered how much your favorite streamer makes, you’ll probably find out on social media. This leak contains three years of payout data for Twitch creators. Some streamers have already verified that this leaked financial data matches their earnings, although we’re still not sure if this data is all-inclusive or only focuses on a fraction of Twitch streamers.

There are a few oddities here, too. Because this leak contains all properties owned by Twitch, such as CurseForge, it reveals some unreleased projects. The most notable is called Vapor, a games marketplace with a working title that clearly references Steam.

Some Vapeworld assets, including some 3d emotes with specular and albedo maps
I don’t have whatever version of unity installed that they used, so I’m limited in what assets i can get caps of with stuff like blener and renderdoc.
There’s custom unity plugins in here for devs too. pic.twitter.com/6y4woQDcst

Early analysis of the Vapor data shows that Twitch is working on something called Vapeworld—fortunately (or unfortunately, depending on your priorities), this game has nothing to do with smoking cessation. It’s a VR chat client full of weird 3D Bob Ross emojis. We’re not sure if Vapeworld is an abandoned project or a work in progress, but its files were last modified this week.

The hacker who shared this data clearly did it for altruistic reasons, citing Twitch as a “disgusting cesspool” that hampers competition in the “video streaming space.” As such, the leak doesn’t include a ton of personal data (aside from streamers’ earnings). It seems that the hacker intentionally omitted this data to protect users.

But any data breach is dangerous, and some analysts say that encrypted user passwords are a part of this leak (though these claims are unverified). Not to mention, hackers could use the Twitch source code to find vulnerabilities in its security system, and we’re still waiting for “part two” of this leak, which could target Twitch users instead of targeting the company.

I strongly suggest changing your Twitch password and enabling two-factor authentication on your account. And if you want to be extra safe, I suggest doing the same to your Amazon account, which may be linked to Twitch depending on how you signed up.

Source: https://www.reviewgeek.com/99930/hacker-reveals-twitch-source-code-in-part-one-of-massive-gigaleak/
Proactive Computing found this story and shared it with you.
The Article Was Written/Published By: Andrew Heinzman

The State Department was reportedly hit by a cyberattack in recent weeks, prompting the Department of Defense’s Cyber Command to send out notifications warning of a possible serious breach….

Source: https://thehill.com/homenews/administration/568926-state-department-recently-hit-by-cyberattack-report
Proactive Computing found this story and shared it with you.
The Article Was Written/Published By: Mychael Schnell

A Complete Guide to Not Getting Hacked

As safe as you might feel sitting at your laptop, happily typing and posting and scrolling, we all know the truth: the internet is actually a giant hellscape full of spies, criminals, ransomware, and all kinds of other dangerous shit.

Source: https://gizmodo.com/a-complete-guide-to-not-getting-hacked-1847400695
Proactive Computing found this story and shared it with you.
The Article Was Written/Published By: Lucas Ropek Earlier this week, T-Mobile confirmed news and reports that the company had been hacked and experienced a wide customer data breach. And while the company’s findings show not all 100+ million customers are affected, it’s still bad news, and the details are going from bad to worse.

T-Mobile also said it had identified an additional 667,000 accounts of former customers that were accessed. This is bad news as hackers can easily use that info for identity theft, SIM swapping attacks to intercept secure two-factor logins, and other harmful activities.

“We take our customers’ protection very seriously and we will continue to work around the clock on this forensic investigation to ensure we are taking care of our customers in light of this malicious attack,” said the company. “While our investigation is ongoing, we wanted to share these initial findings even as we may learn additional facts through our investigation that cause the details above to change or evolve.”

The company has now opened a dedicated webpage full of information for customers. Here, T-Mobile users can find information on how to change their PIN or passwords or sign up for a complimentary 2-years of McAfee ID Theft Protection services. T-Mobile recommends postpaid customers change their PIN and have already alerted many users or reset it themselves.

Source: https://www.reviewgeek.com/95482/t-mobiles-data-breach-is-real-and-worse-than-you-imagined/
Proactive Computing found this story and shared it with you.
The Article Was Written/Published By: Cory Gunther 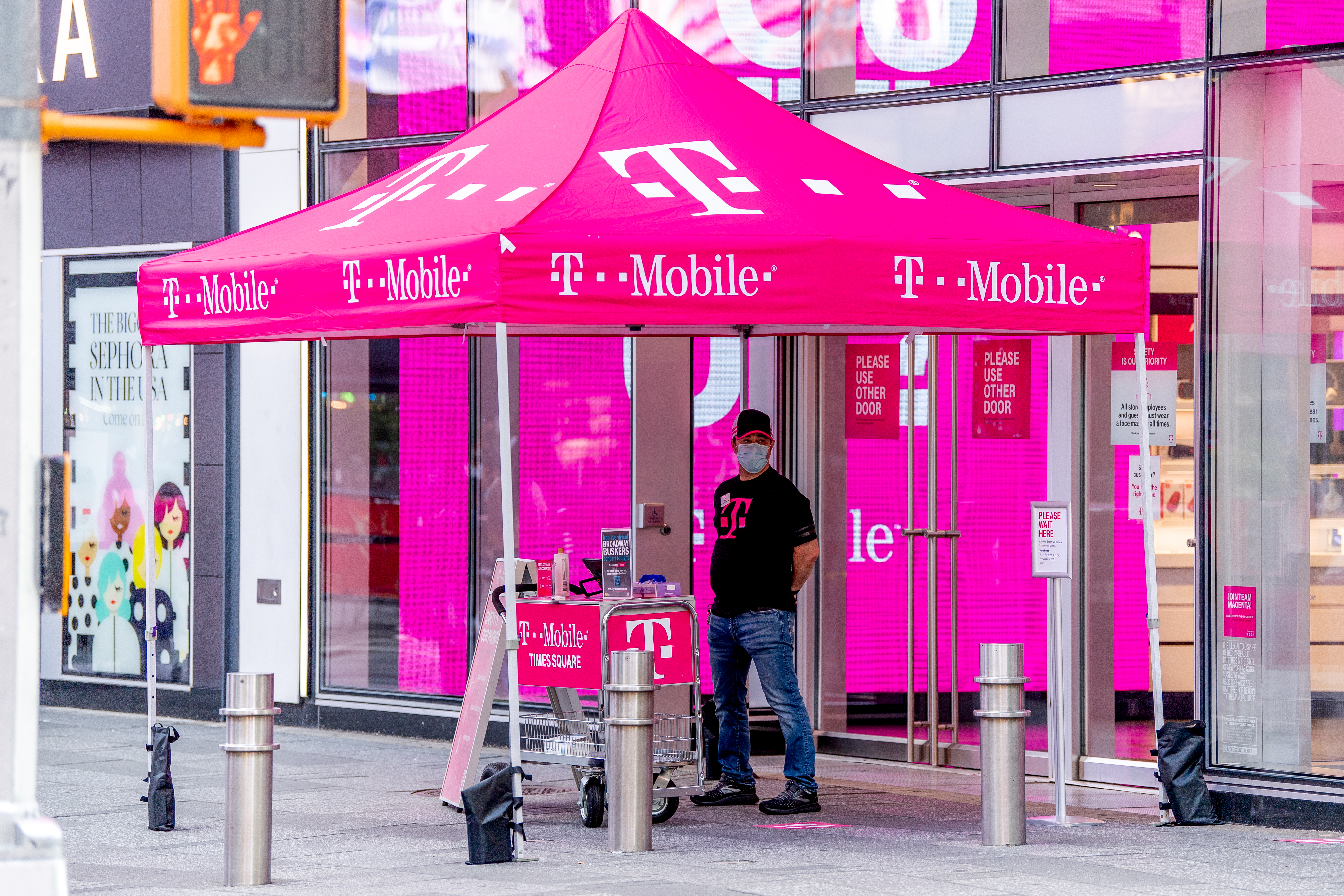 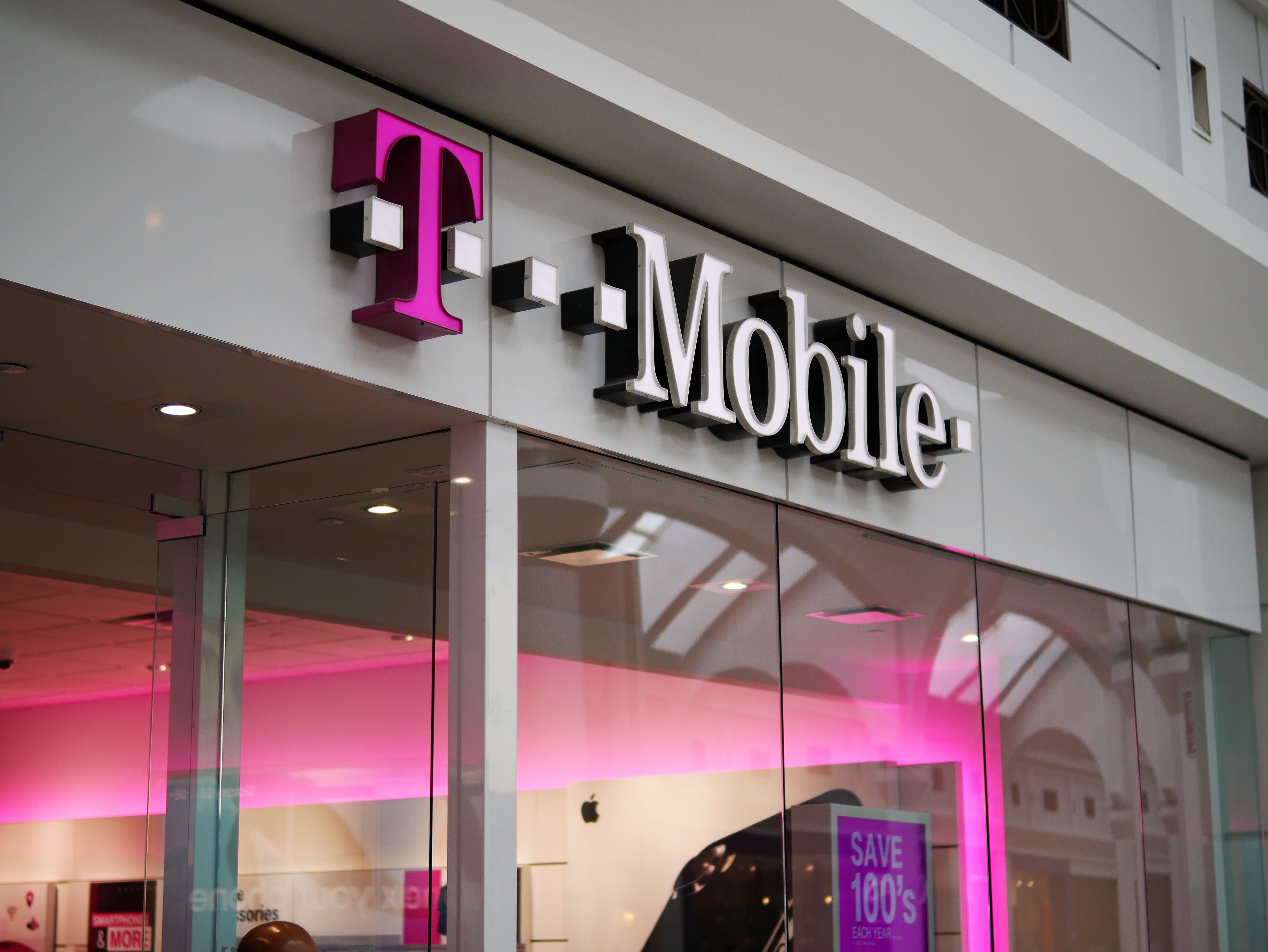 Following reports of a data breach over the weekend, T-Mobile has confirmed it’s investigating a cybersecurity incident. In an update published on Monday, the company said someone gained unauthorized access to its computer systems, but that it has yet to determine if any customer data was stolen.

“We are confident that the entry point used to gain access has been closed, and we are continuing our deep technical review of the situation across our systems to identify the nature of any data that was illegally accessed,” the carrier said.

When Motherboard first broke the news of the data breach on Sunday, the information of about 30 million T-Mobile customers was on sale on the dark web for about $270,000 in Bitcoin. A hacker told the outlet they had obtained social security and IMEI numbers connected to more than 100 million people. As of the second quarter of 2021, T-Mobile had 104.7 million subscribers. The carrier said it could not “confirm the reported number of records affected or the validity of statements made by others” until it completes its investigation. Once it knows more about the situation, T-Mobile promises to proactively contact customers.

Source: https://www.engadget.com/t-mobile-confirms-data-breach-203719462.html?src=rss
Proactive Computing found this story and shared it with you.
The Article Was Written/Published By: Igor Bonifacic