How to Cast Your Android Screen to TV 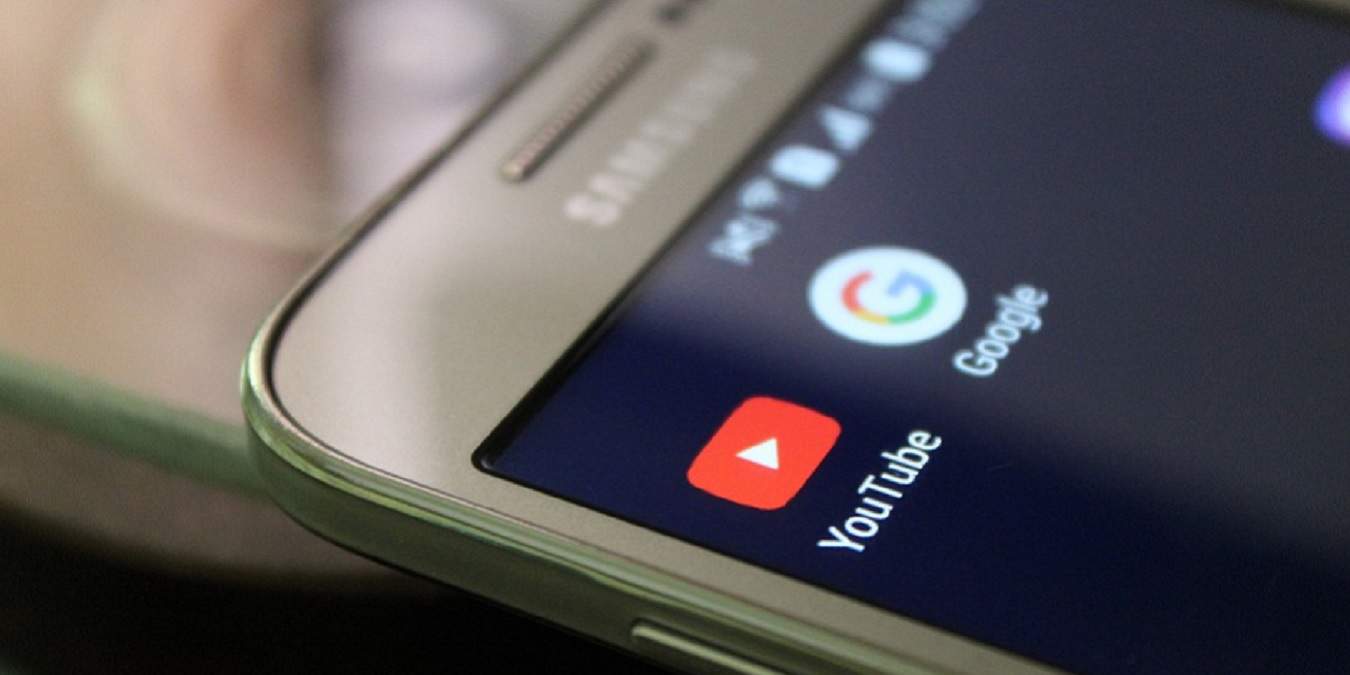 Source: https://www.maketecheasier.com/how-to-cast-android-screen-tv/?utm_medium=feed&utm_source=feedpress.me&utm_campaign=Feed%3A+maketecheasier
Proactive Computing found this story and shared it with you.
The Article Was Written/Published By: Crystal Crowder

13 Games and Apps You Should Sideload onto Your Oculus Quest The Oculus Quest is a great piece of tech—being able to play complicated VR games without needing to be tethered to a PC or console is, quite literally, freeing. But it can’t play everything. Oculus picks and chooses what games it allows on the Quest (mostly for performance reasons). However, you can sidestep that limitation with sideloading—a process that allows you to load any game you want onto your Quest.

Source: https://www.reviewgeek.com/42728/13-games-and-apps-you-should-sideload-onto-your-oculus-quest/
Proactive Computing found this story and shared it with you.
The Article Was Written/Published By: Eric Schoon 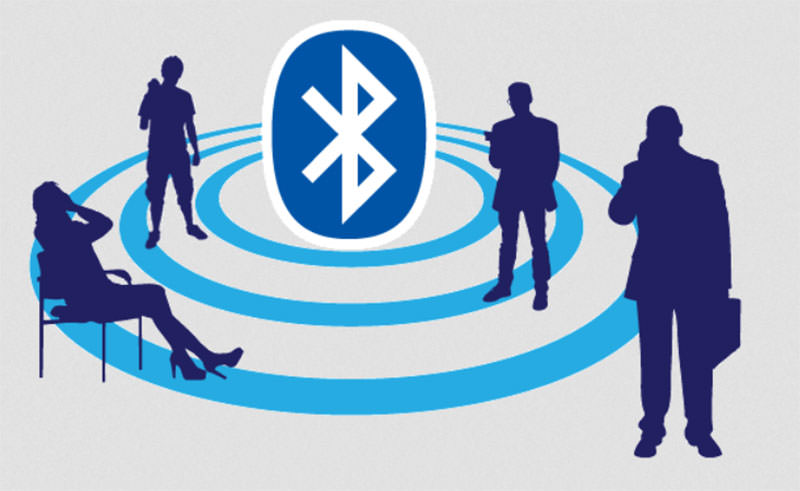 A host of unpatched security bugs that allow BIAS attacks affects Bluetooth chips from Apple, Intel, Qualcomm, Samsung and others.

Source: https://threatpost.com/bluetooth-bugs-impersonation-devices/155886/
Proactive Computing found this story and shared it with you.
The Article Was Written/Published By: Tara Seals

People living in the year 2020 have plenty of options for talking over video chat: Skype, FaceTime, Facebook Portal, and perhaps the most popular video app of our pandemic era, Zoom. But none of them look nearly as cool as this idea published in a tech magazine from 1918, a time when radio broadcasting was in its…

Source: https://paleofuture.gizmodo.com/this-video-chat-prediction-from-1918-was-so-much-cooler-1841260045
Proactive Computing found this story and shared it with you.
The Article Was Written/Published By: Matt Novak on Paleofuture, shared by Rhett Jones to Gizmodo The Opus is Razer’s first foray into “lifestyle” headphones. With a surprisingly understated design, these are made to wear anywhere and anytime. They have ANC, are THX-certified, and cost $199. Overall, they’re solid—but if sound quality is your primary concern with headphones, they may leave you wanting.

To look at the Razer Opus is to know exactly where the inspiration for them came from They have a similar aesthetic to the Sony WH-1000MX3 everyone loves—the ANC and power buttons are even in the same place. They also come with a very similar case and fold up in a very similar manner to fit in said case.

Of course, there are plenty of differences between the two. But it’s hard to look at both sets without at least making some comparisons.

Speaking of button placement, here’s the rundown. The left cup is where the power and ANC buttons are, along with the 3.5mm jack (for wired play) and the USB-C charging port. The right cup houses the volume +/- buttons, with a play/pause button snuggled in between them. You can also use this to switch tracks: a double-click moves forward one track; a triple-click goes back. My biggest annoyance here is with the volume buttons—the button towards the front lowers the volume, the one to the back raises it. That feels backward to my dumb brain, and I get it wrong every time. The headphones also feature autopause when you take them off.

Once on my skull, the Opus are impressively comfortable. The ear cups are around-the-ear, so they don’t smush the top of my ear into the side of my head. They’re also comfortable with glasses on, which I appreciate because I have to wear those stupid things when I’m working so I can, you know, read. The band and cups are both made of a “plush leatherette foam” according to Razer. I agree—it’s plush as hell and equally as leatherette. They’re comfy. And then there’s the sound quality. It’s been a while since I’ve used the Sony WH-whatever, but can remember the big, bold, full sound quality they produced. Well, the Opus doesn’t have that. They sound good, but I wouldn’t call them great—especially not with ANC turned off. There’s a noticeable change in sound quality when you toggle ANC, and it’s honestly sort of jarring. To the point that, if I didn’t know better, I would think I was using a totally different set of headphones.

With ANC off, there’s a spike in the midrange and a drop in the low end, making these sound “rounder” than I’d like. Toggle the ANC on and the low end jumps dramatically, almost to the point where they sound muffled. What’s interesting is that this is a temporary spike—it seems to level out after about 10-15 seconds, but still retains a much more defined low end than with ANC off. This peak and valley transition is a subtle change, but it’s something I definitely noticed every time I enabled ANC. So, to be clear, I think they sound much better with ANC on.

Speaking of, the ANC on these headphones is very good. It’s easily on par with or better than everything else I’ve tried in this price range (or even higher). It does a great job of blocking out a wide range of frequencies. No complaints there. Razer says you can get 25 hours of battery life from the Opus with ANC active, which falls in line with my tests. I imagine disabling ANC would bump this to the 30-35 hour figure, though your mileage will vary depending on volume level and the like.

There’s also a dedicated Opus app that allows you to toggle the EQ with a series of presets:

The biggest downside is that there isn’t an option to manually set the EQ. Hopefully this is something Razer can build into the app in the future, because I’d love to be able to drop the 1k range just a little bit. Overall I feel like these are too heavy on the midrange across all settings, so I’d like the option to cut some of that out. All in all, the Opus is an interesting product from Razer, as they lack any of the branding that you’d normally find on a Razer device—there isn’t a triple snake logo in sight. I like the understated look, and while the sound quality isn’t great, it’s still quite good. If Razer tweaks the apps to allow user EQ settings, that would help.

The $199 price tag is nice, as it undercuts the $349 MSRP of the Sony WH-1000MX3 by a good margin. That said, you can often catch the Sonys for $275 on sale (we’ve seen them as low as $230). If sound quality is your primary concern, then it may be worth waiting until you can grab the Sonys for the lowest price. But if you’re in a hurry, the Opus are far from a bad choice—and if Razer makes the EQ tweakable in the app, they’ll be even better.

Source: https://www.reviewgeek.com/42523/razer-opus-headphones-review-good-not-great/
Proactive Computing found this story and shared it with you.
The Article Was Written/Published By: Cameron Summerson

Logitech has added a new connected security camera to its lineup, with the Circle View not only weatherproof but supporting Apple’s latest HomeKit protocol for controlling cameras directly within the Home app too. The camera beams back 1080p Full HD video directly into HomeKit using HomeKit Secure Video encryption, and can record clips to your iCloud account. The camera itself, … Continue reading

Source: https://www.slashgear.com/logitech-circle-view-homekit-secure-video-camera-works-inside-and-out-18620942/
Proactive Computing found this story and shared it with you.
The Article Was Written/Published By: Chris Davies The Oculus Quest is one of the best, if not the best, standalone VR headsets you can own. But while it does great as a wireless VR headset, the ability to connect it to your PC to play even more games is a killer feature. But you needed to purchase expensive cables. That is, until now.

Source: https://www.reviewgeek.com/42665/you-can-now-connect-your-oculus-quest-to-your-pc-with-any-cable/
Proactive Computing found this story and shared it with you.
The Article Was Written/Published By: Josh Hendrickson

How to Connect Apple AirPods with Mac

AirPods work seamlessly with the iPhone and iPad. But the process on the Mac is not at all transparent. Wondering how to connect and use your earbuds on your Mac with ease? We’ve got you covered.

Source: https://www.howtogeek.com/671409/how-to-connect-airpods-with-mac/
Proactive Computing found this story and shared it with you.
The Article Was Written/Published By: Khamosh Pathak

These “Gamer” PC Products Are Great for Office Work

Brands often slap a “gaming” label on products to charge extra for their supposed performance benefits. Skepticism aside, some gamer-focused products can deliver a genuinely superior experience that’s worth paying for. Gamers aren’t the only people who can benefit, either.

Source: https://www.howtogeek.com/661327/these-gamer-pc-products-are-great-for-office-work/
Proactive Computing found this story and shared it with you.
The Article Was Written/Published By: Tim Brookes

What Are In-Ear Monitors, and Who Should Use Them?

In-ear monitors (IEMs) have gained widespread popularity among audiophiles recently due to their pristine audio quality. Let’s check out what makes them different from other listening devices.

Source: https://www.howtogeek.com/670518/what-are-in-ear-monitors-and-who-should-use-them/
Proactive Computing found this story and shared it with you.
The Article Was Written/Published By: Vann Vicente