Google will release Chrome 88 to the stable channel today, on January 19, 2021. The latest browser includes some cool changes, including an improved dark theme for Windows 10 and the beginning of less intrusive permission prompts. Here are the highlights.

Source: https://www.howtogeek.com/709576/whats-new-in-chrome-88-available-today/
Proactive Computing found this story and shared it with you.
The Article Was Written/Published By: Joe Fedewa

Every few years, Samsung’s premium Galaxy phones get a major redesign as they enter a new phase of development. The new Galaxy S21, S21+, and S21 Ultra continue that tradition—this year, it feels like Samsung’s flagship phone line just got its biggest overhaul since the Galaxy S8.

Source: https://gizmodo.com/the-galaxy-s21-is-the-biggest-facelift-for-samsungs-gal-1846051249
Proactive Computing found this story and shared it with you.
The Article Was Written/Published By: Sam Rutherford

Everything we know about Samsung’s Galaxy S21 so far 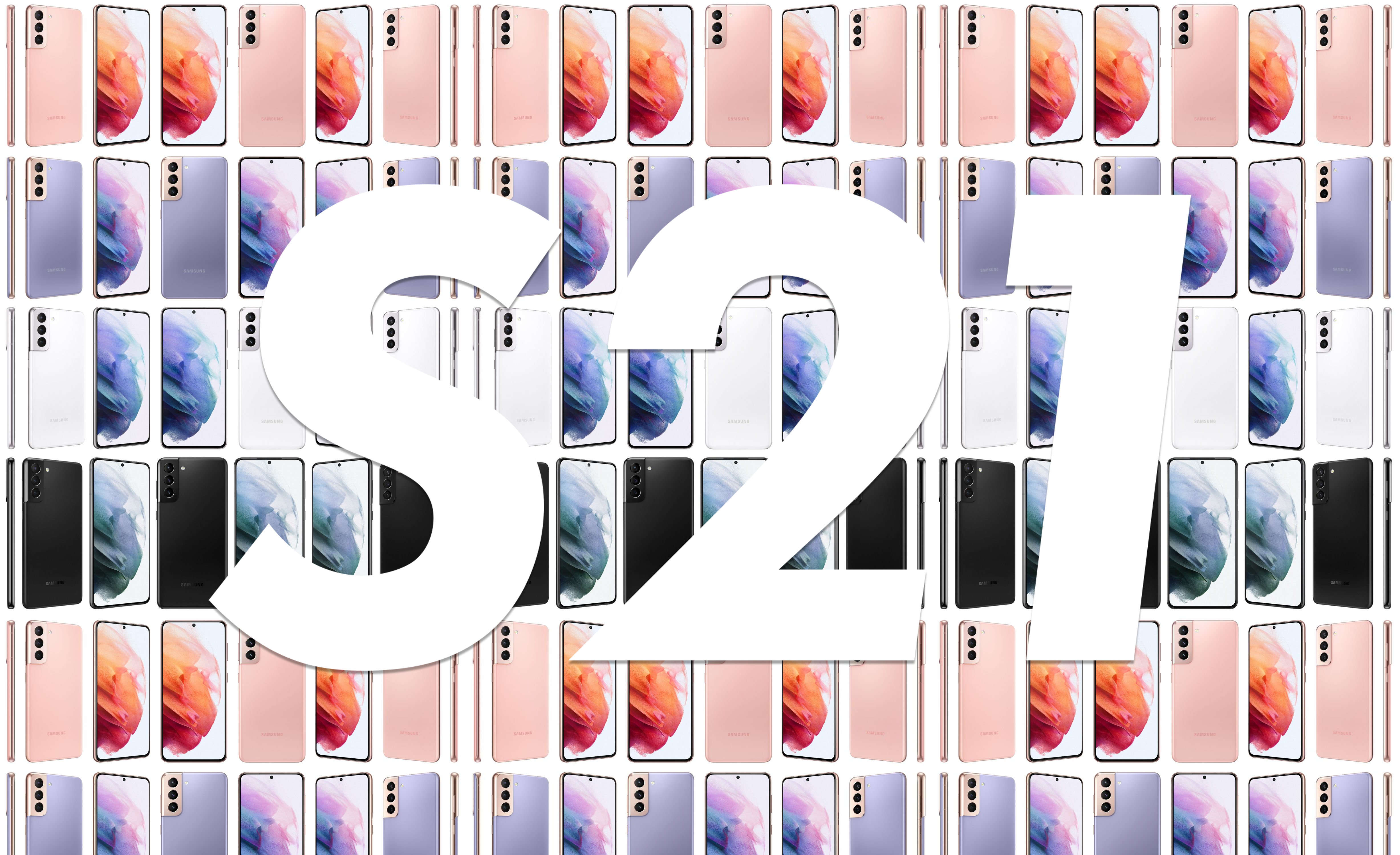 2020 is thankfully in the rearview mirror, which means — among other things — a year of new hardware to look forward to. While we’d normally have to wait a little longer for news of high-profile smartphone launches, 2021 is already shaping up to be…

Source: https://www.engadget.com/samsung-galaxy-s21-s21-plus-s21-ultra-specs-price-release-date-153202220.html
Proactive Computing found this story and shared it with you.
The Article Was Written/Published By: Since the iPad’s 2010 debut, Apple has put out dozens of its famous tablet, often with fancy names to denote different screen sizes or processing power. But it’s never really clear which iPad is the latest to come out, which can make shopping (or reselling) a little difficult.

Don’t fret, you can use this guide to see the latest iPad, iPad Mini, iPad Air, and iPad Pro. We’ll explain each iPad’s new features, why you should buy them, and how you can tell them apart from older models.

How to Check Which iPad You Own Apple has released countless versions of the iPad lineup, and some models are nearly impossible to tell apart. Still, it’s helpful to know which iPad you own before buying a case or selling it to a friend. That’s why Apple has a handy iPad Identifier on its Support page—but isn’t there an easier way?

The quickest way to identify your iPad is to look up its model number on Google. To check your iPad’s model number, head to “Settings,” open the “General” tab, and press “About.” You should see your Model number at the bottom of the About page. Google it to see which iPad you own. If your iPad is broken or turned off, you can also find the model number on its backside near the charging port.

An iPad’s model number tells you which type of iPad it is, what year it’s from, and whether or not it has cellular support. If you need to check your iPad’s storage, go back to the “About” page and look for the word “Capacity.” You can also find your iPad’s storage on its backside near the printed model number. Apple’s entry-level iPad is the perfect tablet for the average person. It’s thin and light, yet it has a beautiful Retina display, a powerful A12 Bionic processor, and fantastic 10-hour battery life. For under $400, you really can’t go wrong.

Released in 2020, the 8th generation iPad runs on an A12 Bionic chip and has a comfortable 10.2-inch display. It still uses a Home button with Touch ID and charges via Lightning cable.

Here are all previous versions of the standard iPad:

The 2020 iPad is powerful and has a fantastic battery life, yet it’s super affordable. You can use it for streaming, work, or play. At just 7.9 inches, the iPad Mini is the smallest tablet in Apple’s repertoire and a fantastic option for people who need a smaller iPad. It’s perfect for media consumption, mobile gaming, Zoom calls, and doodling, and it makes for a stellar travel companion.

Released in 2019, the 5th generation iPad Mini runs on the powerful A12 Bionic processor can handle the same tasks as the basic iPad. It still has a Home button with Touch ID and charges via Lightning cable.

The 2019 iPad Mini is difficult to identify, as it looks identical to the 2015 iPad Mini. It supports the 1st generation Apple Pencil but doesn’t have the hardware needed to work with the 2nd generation Pencil.

At 7.9 inches, the 2019 iPad Mini is perfect for media consumption, gaming, or doodling with the Apple Pencil. You can’t go wrong with an iPad Air. Its 10.9-inch edge-to-edge display is perfect for media consumption or gaming, and its A14 Bionic processor is an absolute powerhouse that can run any professional or creative iPadOS app. The iPad Air is the best tablet for someone who needs the power of an iPad Pro without all the expensive frills.

Released in 2020, the 4th generation iPad Air is a fantastic device that looks very similar to the iPad Pro. It has an edge-to-edge display, a beefy A14 processor, and a USB-C port for faster charging and better USB accessory support. Still, the 2020 iPad Air uses Touch ID instead of Face ID, and it has a much smaller rear camera array than the iPad Pro.

The 2020 iPad Air is relatively easy to identify. It’s the first iPad Air with an edge-to-edge display (no Home button—Touch ID is in the power button), it has a USB-C port, and it’s the only iPad to come in fun colors like green and blue. It’s also the first iPad Air to feature Apple Pencil 2 and Magic Keyboard support.

The 2020 iPad Air has a beautiful edge-to-edge display, a Touch ID scanner, and a fantastic A14 Bionic processor that rivals the 2020 iPad Pro. The iPad Pro is a powerhouse with every bell and whistle imaginable. Its A12Z Bionic processor can run professional apps like a champ, its massive Liquid Retina display with a 120hz refresh rate is great for media consumption or creative applications, and its LiDAR sensor makes it a cutting-edge system for augmented reality. This is the Cadillac of iPads, and while most people should stick with the smaller, cheaper iPad Air, the Pro is for that person who just wants everything.

Released in 2020, the 11-inch iPad Pro (2nd Gen) and 12.9-inch iPad Pro (4th Gen) are notable for their cutting-edge A12Z Bionic processor and large, iPhone-like camera bump. The 2020 models of iPad Pro are also unique for their Wi-Fi connectivity and 6GB of RAM, which translates to faster streaming or browsing speeds and better multitasking. Like the 2020 iPad Air and 2018 iPad Pro, the newest iPad Pro has a USB-C port for faster charging and wider accessory support.

The 2020 iPad Pro is easy to identify, as it’s the only iPad with a large, square camera array. It supports the 2nd generation Apple Pencil and has built-in magnets for Magic Keyboard support.

Here’s a list of all previous versions of the iPad Pro:

The 2020 iPad Pro is lightning fast, with a beautiful edge-to-edge display, Face ID, and an advanced LiDAR scanner.

Source: https://www.reviewgeek.com/64853/whats-the-newest-ipad/
Proactive Computing found this story and shared it with you.
The Article Was Written/Published By: Andrew Heinzman In a year when The Last of Us II, DOOM Eternal, and Cyberpunk 2077 landed on game consoles, the biggest success might just be a weird little mobile game from 2018. Among Us is a cultural phenomenon, and a fascinating gameplay innovation. The game’s developers have discarded a sequel and committed to improving the original, including a new airship map in 2021.

The current map choices are The Skeld, a spaceship, Polus, an arctic compound that wears the game’s The Thing inspiration on its sleeve, and Mira HQ, a Jetsons-style skyscraper. All of them have different room layouts and variations on the mini-games that players have to complete to survive (or sabotage as The Imposter).

Prepare yourselves, crewmates. This upcoming (free!) map will include:
🔹 all new tasks
🔹 your choice of what room to start in
🔹 ladders?!
🔹 and more?

But don’t forget about those Impostors lurking around… pic.twitter.com/IU2HJGuyEY

The Airship map seems like a similar remix of the game’s elements, with new mini-games and ladders between deck levels. Players can choose which room to start in for the first time. It will be added to Among Us for free in early 2021, as confirmed during last night’s Video Game Awards.

Source: https://www.reviewgeek.com/64082/indie-hit-among-us-adding-a-new-map-so-you-can-pick-the-skeld-instead-again/
Proactive Computing found this story and shared it with you.
The Article Was Written/Published By: Michael Crider 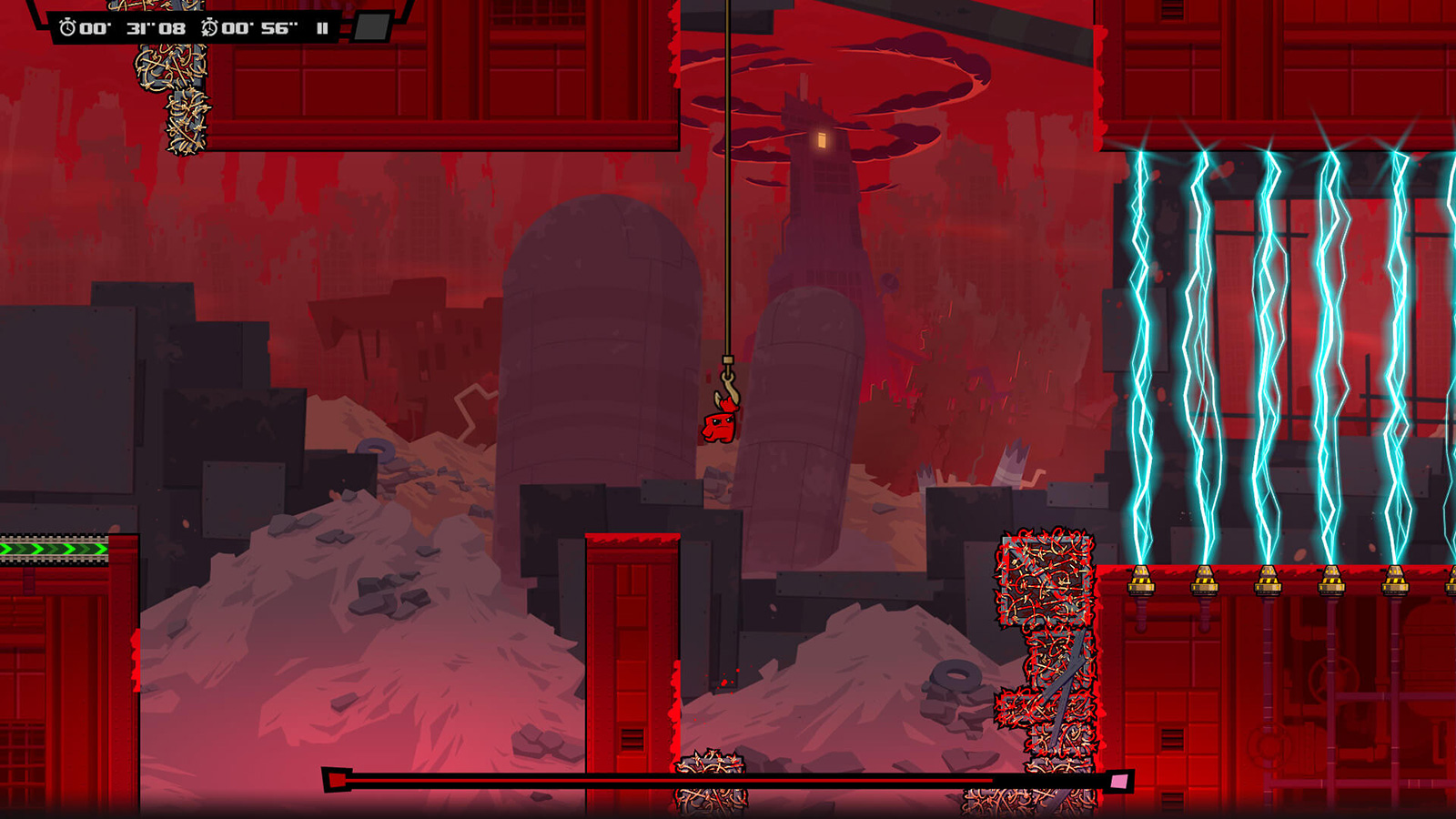 Like other games with “Forever” in the name, Super Meat Boy Forever has been in development purgatory — we first got to try it in 2014, and even a 2019 delay proved wildly optimistic. It’s nearly here at last, though. Team Meat has confirmed that its…

Source: https://www.engadget.com/super-meat-boy-forever-pc-release-date-145755478.html
Proactive Computing found this story and shared it with you.
The Article Was Written/Published By:

We finally know when Halo Infinite will be hitting shelves, but it’s bittersweet news. The title, which was originally set to launch at the same time as the latest Xbox consoles, won’t be arriving until next fall, meaning fans will have to wait nearly a year before they can finally play the game. A Halo Infinite campaign demo was released … Continue reading

Source: https://www.slashgear.com/halo-infinite-finally-gets-a-launch-date-but-its-bittersweet-news-08650323/
Proactive Computing found this story and shared it with you.
The Article Was Written/Published By: Brittany A. Roston

‘Cyberpunk 2077’ is coming to GeForce Now via Steam, Epic Games and GoG 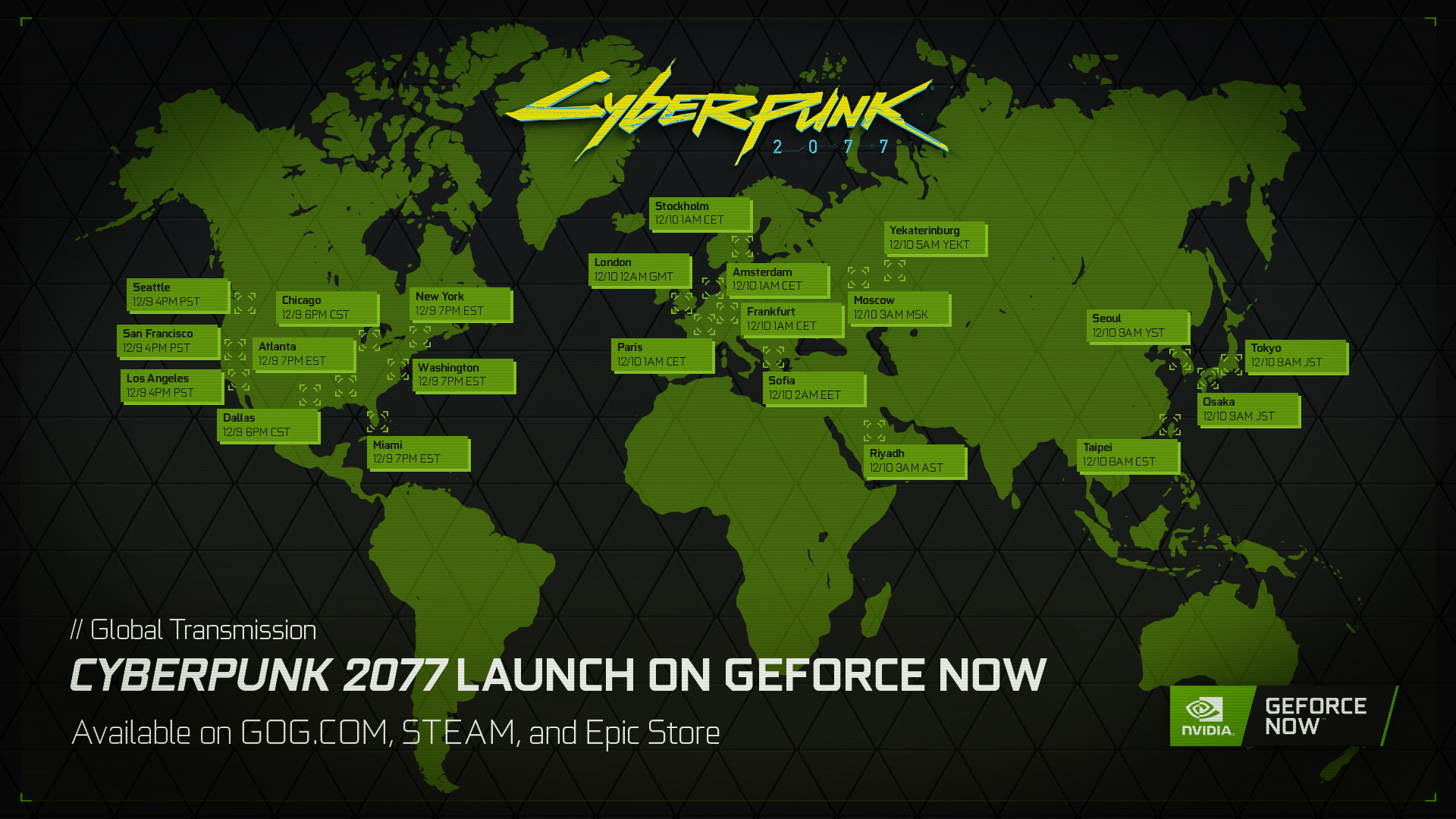 The only two ways to get Cyberpunk 2077 with RTX ray tracing are to own a high-end PC with an NVIDIA RTX GPU or use NVIDIA’s GeForce Now cloud gaming service. So far, however, the GeForce Now option for Cyberpunk 2077 was only available on GoG.com, b…

Source: https://www.engadget.com/cyberpunk-2077-will-now-run-on-ge-force-now-via-steam-and-epic-games-too-140000165.html
Proactive Computing found this story and shared it with you.
The Article Was Written/Published By:

‘Call of Duty’ season one update will launch December 16th 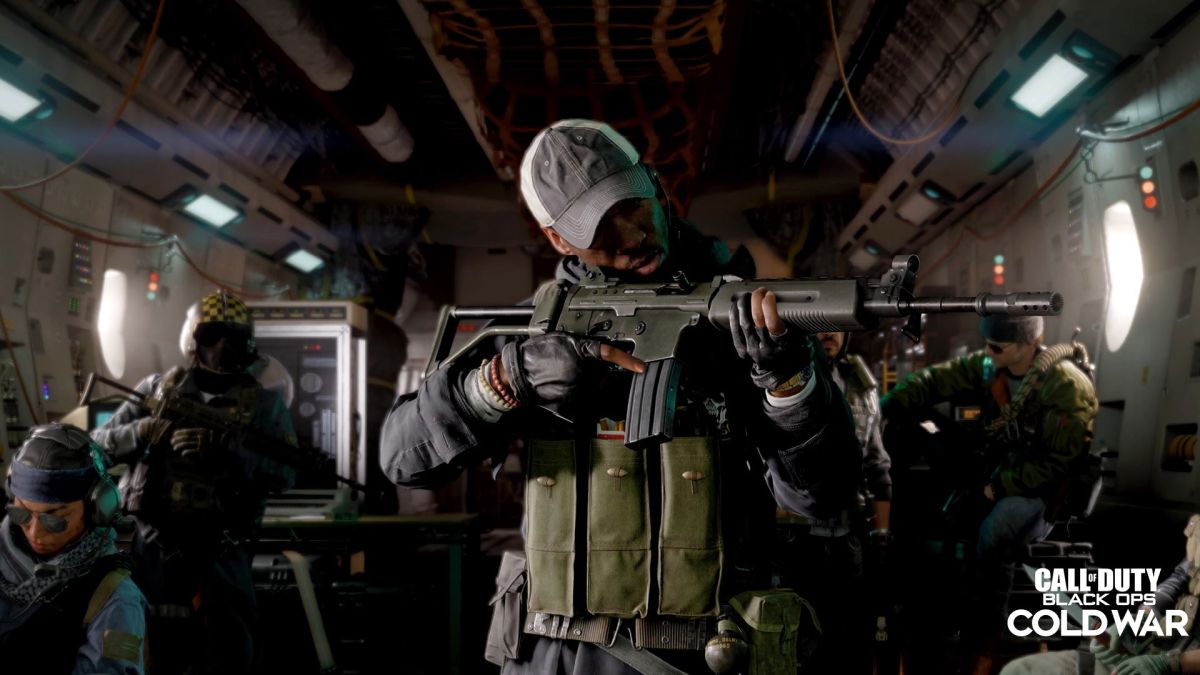 Call of Duty Black Ops Cold War launched last month and brought the shooter series to a new generation of consoles, and now its first major content update is about to arrive. While the “season one” batch of additions were scheduled to arrive on Decem…

Source: https://www.engadget.com/call-of-duty-s1-warzone-modern-warfare-115815647.html
Proactive Computing found this story and shared it with you.
The Article Was Written/Published By:

Google has added more solid updates to its popular browser with the release of Chrome 87. Along with the usual developer goodies, Chrome 87 includes a brand new PDF viewer, more performance updates, and fresh wallpapers for Chrome OS.

Source: https://www.howtogeek.com/700872/whats-new-in-chrome-87-available-today/
Proactive Computing found this story and shared it with you.
The Article Was Written/Published By: Joe Fedewa