As part of an effort to keep younger users safer online, YouTube just announced a supervised account option for parents of tweens and teens. The account option is available to parents who are ready for their kids to explore what’s on YouTube with a little peace of mind they won’t be exposed to inappropriate content.

Source: https://www.reviewgeek.com/72023/youtubes-new-supervised-accounts-keep-your-teens-safe-from-bad-videos/
Proactive Computing found this story and shared it with you.
The Article Was Written/Published By: Suzanne Humphries

How to Stop Kids from Talking to Strangers on Nintendo Switch

If you have kids that use a Nintendo Switch, you might worry that they could potentially talk to strangers in online-connected games. Luckily, Nintendo provides an easy way to turn off communication with others in their Parental Controls app for smartphones. Here’s how to set it up.

Source: https://www.howtogeek.com/706054/how-to-stop-kids-from-talking-to-strangers-on-nintendo-switch/
Proactive Computing found this story and shared it with you.
The Article Was Written/Published By: Benj Edwards

What’s the Easiest Video Chat Service to Use With Your Family? This year a lot of people are using video chat for the first time, and a lot of them might not be comfortable with technology in general. If you’re trying to have a holiday video chat with your family, what’s the easiest way for all of them to get on board?

The answer is, predictably, complicated. It generally depends on what platforms you’re already comfortable with and how many people in whatever chat you want to hold are also comfortable with them. Facebook Messenger (and its associated video chat function) is probably the easiest and most reliable way to have a video chat with friends and family at the moment. It works well, and there’s an excellent chance that most or all of the people you want to talk to already have both a Facebook account and a compatible gadget. It’s accessible from almost any computer or mobile device—all you really need on top of a web connection is a browser (for laptops and desktops) or the Messenger app (for phones or tablets running iOS or Android). If you’re using a desktop computer, you’ll also need a webcam.

From the main Facebook interface, click the Messenger icon (the little speech bubble with a zig-zag inside it), start a chat with someone on your Friends list, then click the video icon in the corner. Bam, you’ve got a video call started. Of course, you can chat with as many people as you can fit on the screen at one time, up to 50, but there’s also the option for a group video chat: Just start a chat with multiple people and tap or click the video icon.

Facebook sells a dedicated video chat device, the Portal. It comes in picture frame and webcam form factors (good for using a TV), but these aren’t necessary to use Facebook Messenger’s video chat. They might be a good alternative if you’re chatting with someone who lacks familiarity with computers or mobile devices—there’s a high cost of entry for Portal, however, which is something to consider. Buy from Facebook. Starts at $65 for the smallest version. FaceTime might be the simplest, easiest chat system on the planet, and its quality is pretty darn good, too. It’s integrated with the dialer on the iPhone and the contacts system in your Apple account. To start a FaceTime call, just bring up your contact’s name or phone number in either, and tap or click the FaceTime icon (the little video camera). You can also switch to FaceTime in the middle of a standard voice call, assuming that the person’s number or Apple account is registered in the system.

Using FaceTime with a group is almost as easy. For this, you’ll want to open either the dedicated FaceTime application or the Messages app, then start a new chat. Put as many people as you want (up to 32) in the “To” line, adding people with the + icon. When you’re ready, tap “Video” to initiate the call. You can add new people to the call at any time. If you have an existing group chat in Messages, just tap the FaceTime button at the top of the app.

For Everyone Else: Microsoft Teams Of course, lots of people don’t have Apple-branded devices, and Apple has been very staunch about not letting anyone else into the FaceTime party. And despite the fact that an account is free, there are plenty of reasons to stay away from Facebook. If you want to video chat with people who don’t have either option, Microsoft’s Teams tool is the easiest free way to do so.

Teams is a lot like Skype, designed specifically for businesses to talk with remote workers, but it’s free for personal use, too. The Teams app is available on iOS and Android devices, as a dedicated Windows app download, or on any laptop or desktop (including MacOS and Chromebooks) as a web app. You’ll need to sign up at the Teams site (any email address will do), and once you’ve launched the app, you can invite anyone by entering their email address. If they don’t have Microsoft Teams yet, adding their email will automatically send an invite. To start a video call, just press or click the camera icon.

Because it’s designed for large corporations, the maximum number of participants allowed in a Teams call is 20, which should be enough for even the most extended of families. Teams calls can last for up to four hours.

If you have one or more locations with a large group of people, getting them all on screen at the same time might be tricky. The cameras on phones, tablets, and laptops are generally meant for just one person at a time.

There’s a work-around for this: Use a computer and dedicated webcam with a wide angle lens, like the Logitech C930e or the Lenovo 500. If you place a laptop near a TV and use an HDMI cable, you can put the webcam on top of the TV and use it as a monitor for a fairly easy and inexpensive big-screen gathering, though the sound might not be great.

Of course, dedicated webcams are becoming hard to find during the pandemic. If you have a camera from Canon, Nikon, Sony, Wyze, or many other manufacturers, you can plug it into a computer and use it as a makeshift webcam, too.

Source: https://www.reviewgeek.com/64315/whats-the-easiest-video-chat-service-to-use-with-your-family/
Proactive Computing found this story and shared it with you.
The Article Was Written/Published By: Michael Crider

Animal Jam was hacked, and data stolen. Here’s what parents need to know 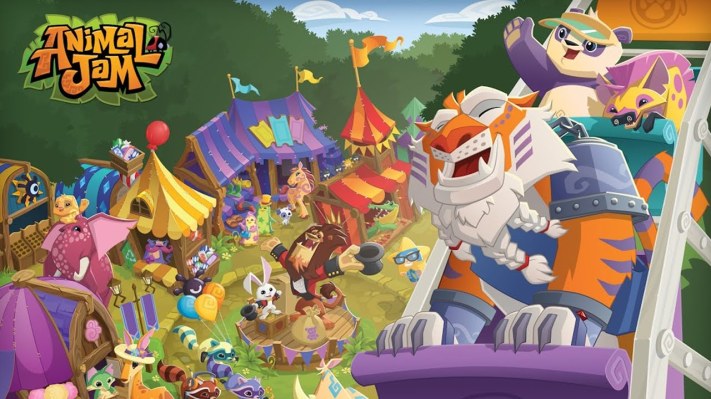 Animal Jam is one of the most popular games for kids, ranking in the top five games in the 9-11 age category in Apple’s App Store in the U.S., according to data provided by App Annie. But while no data breach is ever good news, WildWorks has been more forthcoming about the incident than most companies would be, making it easier for parents to protect both their information and their kids’ data.

Here’s what we know.

WildWorks said in a detailed statement that a hacker stole 46 million Animal Jam records in early October but that it only learned of the breach in November.

The company said someone broke into one of its systems that the company uses for employees to communicate with each other, and accessed a secret key that allowed the hacker to break into the company’s user database. The bad news is that the stolen data is known to be circulating on at least one cybercrime forum, WildWorks said, meaning that malicious hackers may use (or be using) the stolen information.

The stolen data dates back to over the past 10 years, the company said, so former users may still be affected.

Besides the billing address, the company said no other billing data — such as financial information — was stolen.

WildWorks also said that the hacker also stole player’s passwords, prompting the company to reset every player’s password. (If you can’t log in, that’s probably why. Check your email for a link to reset your password.) WildWorks didn’t say how it scrambled passwords, which leaves open the possibility that they could be unscrambled and potentially used to break into other accounts that have the same password as used on Animal Jam. That’s why it’s so important to use unique passwords for each site or service you use, and use a password manager to store your passwords safely.

The company said it was sharing information about the breach with the FBI and other law enforcement agencies.

So what can parents do?

Source: https://techcrunch.com/2020/11/16/animal-jam-data-breach/?utm_source=feedburner&utm_medium=feed&utm_campaign=Feed%3A+Techcrunch+%28TechCrunch%29
Proactive Computing found this story and shared it with you.
The Article Was Written/Published By: Zack Whittaker

Parental controls are essential for you to ensure you know exactly what your kid is watching and when they’re watching it. With these controls on your Android TV, you can easily set them up to limit your children’s’ access.

Source: https://www.howtogeek.com/672839/how-to-set-up-and-use-parental-controls-on-your-android-tv/
Proactive Computing found this story and shared it with you.
The Article Was Written/Published By: Kennedy Maring

How to Limit Screen Time on Windows 10

Both kids and adults need the occasional break from staring at a screen. Fortunately, Microsoft Family Groups on Windows 10 allows you to set a healthier schedule for everyone in the family.

Source: https://www.howtogeek.com/672890/how-to-limit-screen-time-on-windows-10/
Proactive Computing found this story and shared it with you.
The Article Was Written/Published By: Joel Cornell

Keep Your Kids Safe Online with These Parental Control Apps Internet-connected devices make it easy for kids to hang with friends or learn new things, but they also offer a way to access inappropriate content. With a parental control app, however, you can limit usage times and block unwanted content.

Source: https://www.reviewgeek.com/42315/keep-your-kids-safe-online-with-these-parental-control-apps/
Proactive Computing found this story and shared it with you.
The Article Was Written/Published By: Suzanne Humphries 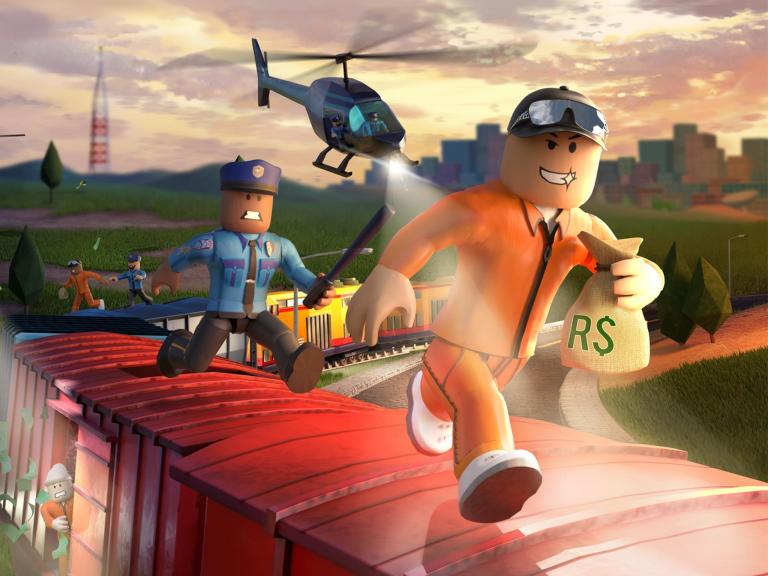 The hacker had access to personal information, the ability to change passwords and two-factor authentication, and could steal valuable in-game items from some of the ‘richest’ players in the game

Source: https://www.independent.co.uk/life-style/gadgets-and-tech/news/motherboard-rpg-roblox-hacker-data-stolen-richest-user-a9499366.html
Proactive Computing found this story and shared it with you.
The Article Was Written/Published By: