The Best Gaming Headsets of 2021 for PC and Consoles

The best gaming headset needs to be affordable, comfortable, sound sharp, and have a microphone that won’t make your voice chat companions wince. Our top picks manage to do it all with some extra features on top.

Source: https://www.howtogeek.com/749769/best-gaming-headsets/
Proactive Computing found this story and shared it with you.
The Article Was Written/Published By: Tyler Colp Of all the devices announced during today’s Surface event, Microsoft’s new flagship 2-in-1 is by far the most unexpected and bizarre. The Surface Laptop Studio features a unique floating display that you can perch behind its trackpad for an immersive gaming or streaming experience or fold into tablet mode for drawing and note-taking.

Microsoft calls the Surface Laptop Studio an ideal product for “developers, creative pros, weekend gamers, and designers.” Its floating display certainly seems to fit in all use-cases, and with support for 11th Gen Intel Core processors (i5 or i7) and NVIDIA GeForce RTX 3050 Ti GPUs (only available with i7 configurations), the Surface Laptop Studio is more than powerful enough to run professional software, AAA games, and creative applications. In fact, it’s the most powerful Surface device to date. When in laptop mode, the Surface Laptop Studio looks and feels like a modern PC. It sports a large keyboard and haptic trackpad, and its 14.4-inch PixelSense display is extremely slim despite the integrated hinge.

This hinge, dubbed the Dynamic Woven Hinge, is a completely new design. Microsoft touts its durability and ease of use, emphasizing just how quickly it can fold into new orientations. The unique “Stage” mode places the display behind the trackpad, covering the keyboard and providing a comfortable, immersive experience for gaming, streaming, docking, drawing, or taking notes.

Another orientation, called “Studio” mode, flattens the laptop’s display against its keyboard and trackpad for a tablet experience. It’s an interesting and sleek alternative to the backward-folding design of most 2-in-1s.

And while you can’t really see it in Microsoft’s press photos, the Surface Laptop Studio features a magnetic storage and charging slot for the Surface Slim Pen 2. This slot is tucked underneath the Laptop Studio’s keyboard, providing easy access in the “Studio” tablet mode. While the Surface Laptop Studio specs look impressive, I want to point out one glaring issue that will turn off a lot of people—this thing is a bit heavy. The i5 configuration weighs 3.83 pounds, while the i7 model is a whopping 4 pounds. That’s comparable to devices like the 15-inch MacBook Pro, but about three times the weight of even the largest tablets. (Though to be fair, the Laptop Studio is more of a laptop than a tablet.)

Be sure to check out all the other devices announced during today’s Surface event, including the Surface Duo 2, the Thunderbolt 4-capable Surface Pro 8, the more affordable Surface Pro X, and the tiny Surface Go 3. Microsoft also announced a ton of genuinely cool accessories that are worth looking at.

The Surface Laptop Studio starts at $1,600 and is available for pre-order at Microsoft’s webstore. It ships with Windows 11, with general availability opening on October 5th (the same day that Windows 11 launches). Be sure to check out everything else that Microsoft announced during its Surface event, including the new Surface Pro 8, the Go 3, a cheaper Pro X tablet, the new Surface Duo 2 phone, and a ton of genuinely cool accessories.

Source: https://www.reviewgeek.com/98308/microsofts-new-surface-laptop-studio-flips-the-2-in-1-game-on-its-head/
Proactive Computing found this story and shared it with you.
The Article Was Written/Published By: Andrew Heinzman

Google Chrome gets a new release every four weeks. Version 94 arrives on September 21, 2021, and it includes Google Drive files on the New Tab Page, more HTTPS features, and a new sharing menu. Let’s take a look.

Source: https://www.howtogeek.com/755957/whats-new-in-chrome-94/
Proactive Computing found this story and shared it with you.
The Article Was Written/Published By: Joe Fedewa

HP is again using OLED displays for its latest Spectre x360 2-in-1 laptops, but this time, you get a bit more screen for your money. The new HP Spectre x360 comes with an optional 16-inch, 16:10 4K OLED display — up from the 15.6-inch displays last year — delivering true VESA blacks with “100 percent color calibration,” the company announced.

The new model has an extra 22mm of viewing space compared to the previous models, while still offering fairly slim bezels all around with a 91 percent screen-to-body ratio. It’s also available with a 3,072 x 1,920 IPS touchscreen, if budget is an issue. At the same time, you get a top-mounted 5-megapixel webcam with a physical shutter for privacy and Windows Hello support. It comes with HP’s AI controls and “beauty mode” that can improve lighting and “touch up skin, teeth and eyes.” 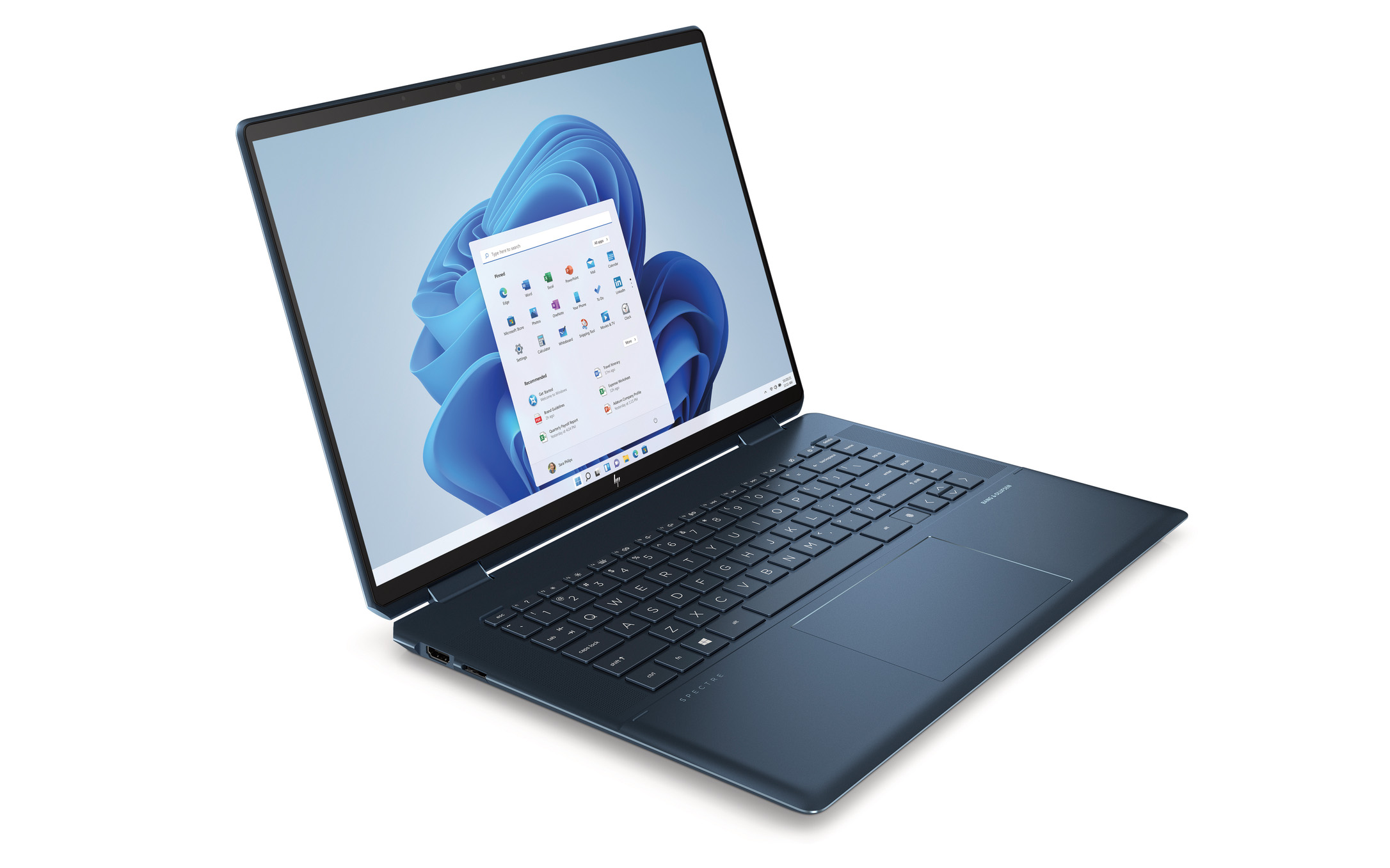 It should have enough power to drive those features too, with an 11th-gen Intel Core i7 CPU and Intel Evo graphics, or an optional NDIVIDA GeForce RTX 3050 laptop GPU, along with 16GB of memory, 512GB PCIe NVMe storage and 32GB of Intel Optane memory. It also offers quad B&O speakers, up to WiFi 6E, a MicroSD card reader, two Thunderbolt 4 with 40Gbps speeds and USB Power Delivery USB4 Type-C ports, HDMI 2.0b, Bluetooth 5.2 and 17 hours of battery life. The HP Spectre x360 2-in-1 arrives in the fall at HP.com or Best Buy starting at $1,639, but expect to pay more for the OLED 4K model.

Source: https://www.engadget.com/h-ps-latest-spectre-x-360-2-in-1-laptops-come-with-16-inch-oled-displays-120039392.html?src=rss
Proactive Computing found this story and shared it with you.
The Article Was Written/Published By: Steve Dent

6 of the Best Internet Browsers for Protecting Your Privacy

Every website that you visit tracks you in some form or the other. Usually, it’s in form of in-site cookies—those little blocks of data used to remember your preferences. But things start to go a bit haywire when sites use ad-trackers, third-party cookies, and now, fingerprinting.

Source: https://lifehacker.com/6-of-the-best-internet-browsers-for-protecting-your-pri-1847604085
Proactive Computing found this story and shared it with you.
The Article Was Written/Published By: Khamosh Pathak

The Best Computer Monitors of 2021

There’s nothing quite like the extra screen real estate that a full-sized monitor provides. Even if you’re used to working on a laptop, you’ll be surprised how much more work you can get done on a larger display. Here are our top picks for the best monitor you can buy.

Source: https://www.howtogeek.com/745904/best-computer-monitors/
Proactive Computing found this story and shared it with you.
The Article Was Written/Published By: Tim Brookes Segway, the personal transport company, is moving into lawn care. The Navimow is the brand’s first smart lawn mower, and it looks to fix one of the biggest issues in robot lawn care. The Segway Navimow will use GPS to navigate your lawn rather than boundary cables and other wires.

Source: https://www.reviewgeek.com/96810/segway-fixed-the-biggest-issue-with-robot-lawn-mowers/
Proactive Computing found this story and shared it with you.
The Article Was Written/Published By: Cory Gunther

The Best Android Camera Phones for 2021: Take the Best Pics

Looking to up your photo game? A new, camera-focused smartphone will do wonders for your social media pictures. These are the best Android camera phones that will make sunsets sparkle, food look irresistible, and nighttime landscapes dazzle—no matter your budget!

Source: https://www.howtogeek.com/745216/best-android-camera-phones/
Proactive Computing found this story and shared it with you.
The Article Was Written/Published By: Max Buondonno 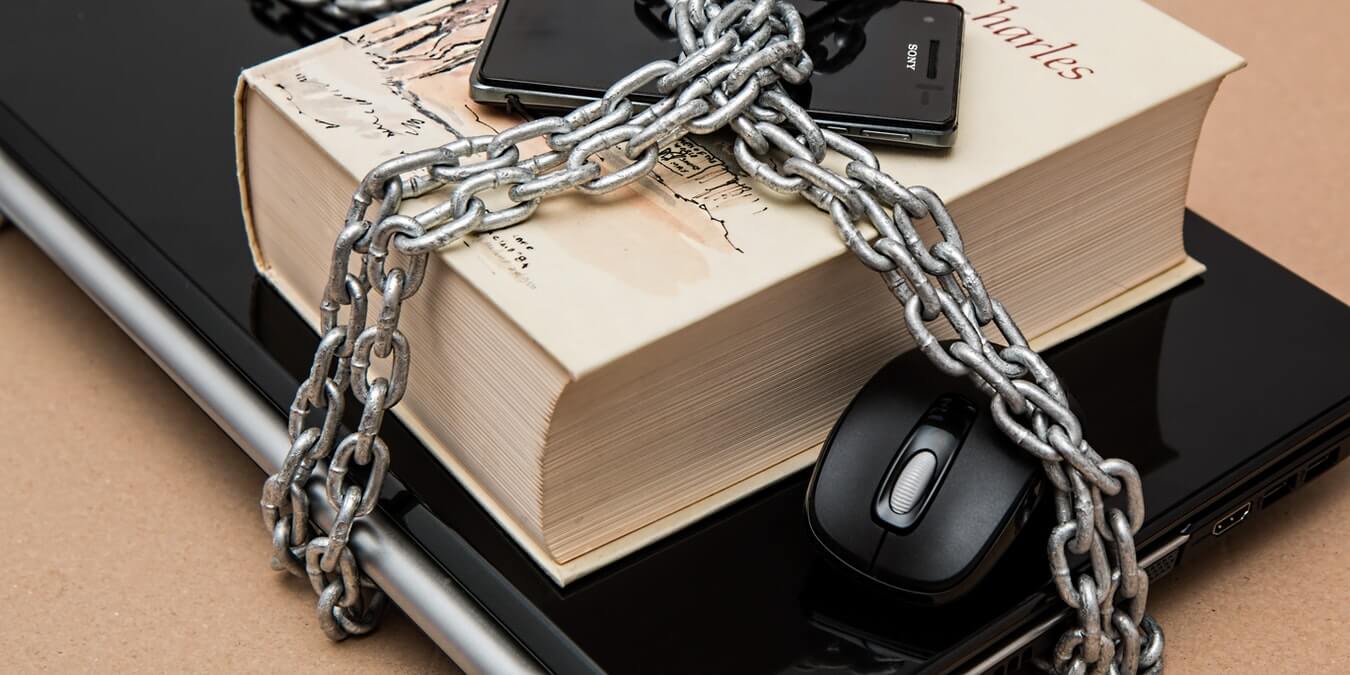 Source: https://tracking.feedpress.com/link/12555/14688829/best-password-managers-for-linux
Proactive Computing found this story and shared it with you.
The Article Was Written/Published By: John Wachira

The Best Chromebooks of 2021 for Students and Everyone Else

Today’s Chromebooks rival Windows PCs and Macs in functionality and quality. These “glorified web browsers” running Chrome OS are capable of everything you need for school or work, editing photos, and can even run Android and Linux apps. Here are the best Chromebooks you can buy.

Source: https://www.howtogeek.com/746692/best-chromebook/
Proactive Computing found this story and shared it with you.
The Article Was Written/Published By: Joe Fedewa