How to Speed Up a Slow iPhone

Since “upgrading” your iPhone isn’t possible without buying another one, it can be frustrating when your smartphone begins to slow down. So how do you know if it’s the natural aging process or not, and what exactly can you do about it?

Source: https://www.howtogeek.com/774130/how-to-speed-up-a-slow-iphone/
Proactive Computing found this story and shared it with you.
The Article Was Written/Published By: Tim Brookes

Why You Should Use Your Smartphone Without a Case

Common wisdom says that you should protect your precious iPhone or Android smartphone with a case. For some, it’s a good idea. But there are some strong reasons why most people might not need to. We’ll explore the options.

Source: https://www.howtogeek.com/775608/why-you-should-use-your-smartphone-without-a-case/
Proactive Computing found this story and shared it with you.
The Article Was Written/Published By: Benj Edwards 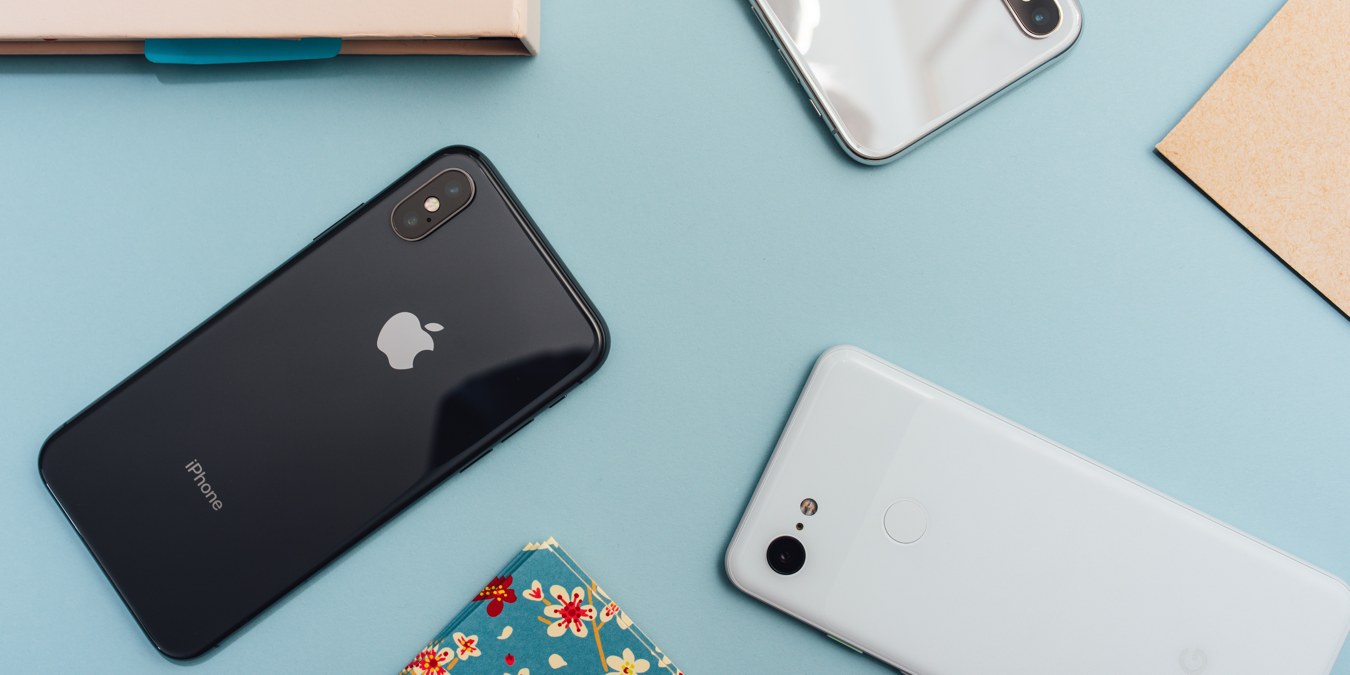 If you’re an iPhone user, you might feel complacent knowing Apple offers remarkable security to its consumers. However, there’s no such thing as perfect. Even with Apple’s devices, your information within is still vulnerable to cyber-attacks. That’s why you should utilize this list of iPhone privacy features and settings to better protect your data.

How to Unlock Your iPhone If You Forgot Your Passcode

1. Use a Strong Passcode

Your passcode is your iPhone’s first layer of protection against unwanted access to your phone’s data. Every smartphone operating system you know requires… Read more

Source: https://tracking.feedpress.com/link/12555/15006247/secure-iphone-data-privacy
Proactive Computing found this story and shared it with you.
The Article Was Written/Published By: Natalie dela Vega When buying a new phone, it’s easy to think the most expensive option is the best available. Why wouldn’t it be? That extra money has to go somewhere. But if you went for a Galaxy S21 ahead of the significantly cheaper Galaxy A52S, you may have made a big mistake.

Source: https://www.reviewgeek.com/106404/samsungs-mid-range-phones-prove-you-dont-need-a-flagship-smartphone/
Proactive Computing found this story and shared it with you.
The Article Was Written/Published By: Dave McQuilling

First out of the gates in 2022, OnePlus has a new flagship for anyone already looking for a smartphone refresh. The company is holding back from revealing absolutely everything (well, most things), but that hasn’t stopped leaks and rumors of a 6.7-inch display with high refresh rates, and the very latest Snapdragon 8 Gen 1 processor.

We’re intrigued to hear more about the camera array, which will combine three camera sensors. Also, written on the fourth element of the camera unit, what does P2D 50T mean?

The big challenge could be balancing price, specs and features so that it offers enough go up against the high-end phones of Apple and Samsung. At the same time, it has to offer tangibly more than its cheaper Nord phone series.

The OnePlus 10 Pro will launch first in China on Tuesday January 11th. With that timescale in mind, expect to hear all the other details very soon. 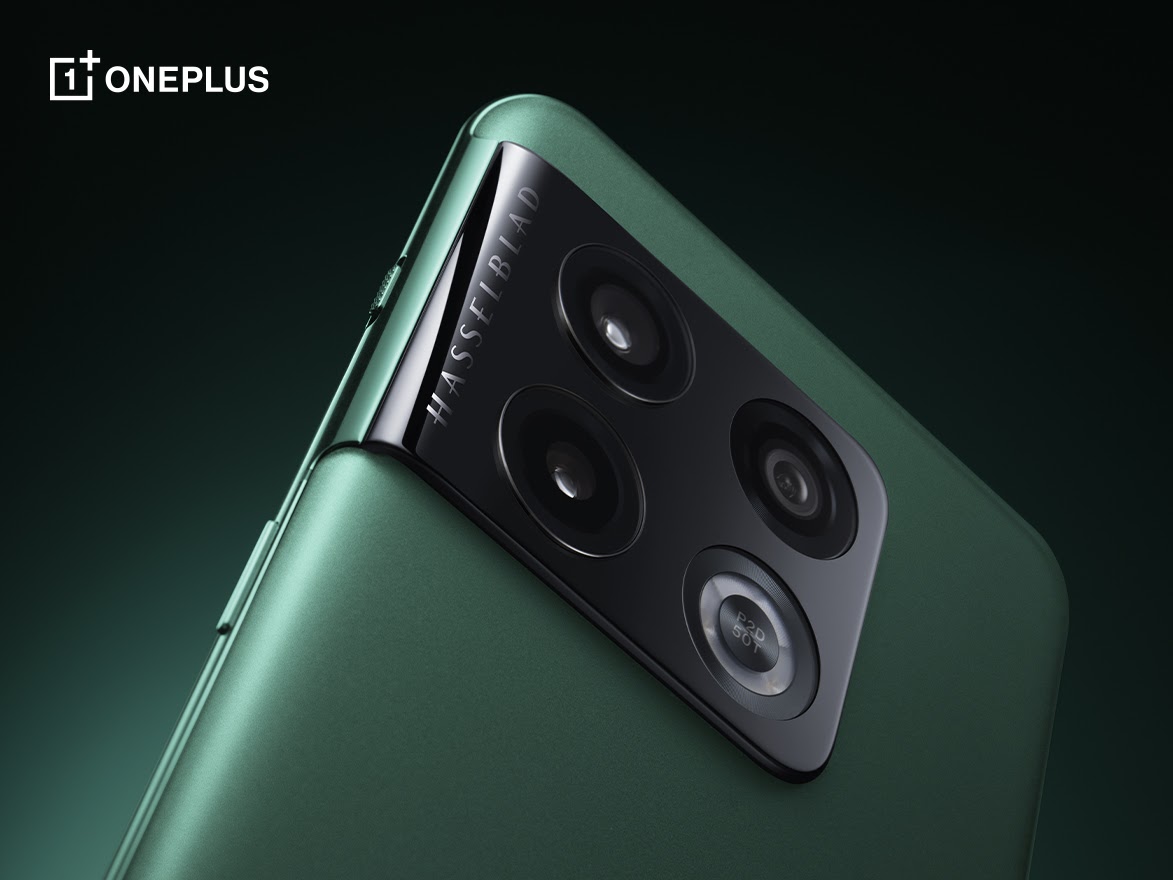 Follow all of the latest news from CES 2022 right here!

Source: https://www.engadget.com/oneplus-10-pro-reveal-launch-date-specs-price-010013479.html?src=rss
Proactive Computing found this story and shared it with you.
The Article Was Written/Published By: Mat Smith

LG Gave Up on Phones to Make Indoor Gardening Equipment In 2021, LG shut down its once-flourishing smartphone business to focus on other things. Now, it looks like the company wants to ring in the new year by helping people’s herbs and flowers flourish with an all-new LG indoor gardening gadget.

The company typically debuts new smartphones at the annual CES tradeshow each year, but for 2022 something else is coming. Ahead of the official unveiling in early January, LG recently announced the LG Tiiun, which means “to sprout” in Korean. This unique concept is now an actual product, and it’s a freestanding fridge-like gardening machine that makes it easy for novice gardeners to cultivate herbs, flowers, vegetables, and more from their home, inside, any time of the year.

LG’s new indoor garden isn’t as fancy as its LG Wing smartphone. Still, the Tiiun garden can regulate the temperature, lighting, and humidity, which creates the perfect environment to grow crops. It’s almost like something out of a sci-fi movie, and I’m waiting for Matt Damon to show me how to grow potatoes as he did on Mars in that one movie. Did LG give up on phones to make gardening equipment? All jokes aside, it’s interesting to see LG go from creating some of the most unique and innovative smartphones to showing the world its new indoor garden. But hey, if you’re working from home, this could be a fun hobby.

According to the press release, the LG Tiiun instantly creates the perfect growing environment. Gardeners can use its seed pods that include seeds and a growing element, allowing owners to produce crops, including flowers, in as little as four weeks.

Each shelf can hold up to six all-in-one seed pods, with each seed package containing ten holes for seed germination. LG says even the most novice gardeners can grow various greens simultaneously, although some may take upwards of eight weeks. Either way, LG states that the equipment makes it faster than growing outside.

Users will notice the machine automatically regulating temperature, light, and more to mimic the natural cycles of the day. And with an automatic intelligent watering system, the process should be easy enough that anyone can do it. Additionally, The Tiiun is compatible with LG’s ThinQ mobile app, giving owners more ways to check on their crops. Before you know it, you’ll be an avid indoor gardener.

With the transparent window on the door, users can easily see inside to track progress without interrupting the environment. It may look like a wine cooler or mini-fridge at first glance, but a lot is going on inside the new LG Tiiun Indoor Garden. We can expect to learn more about pricing and its release date at CES or in early 2022.

Source: https://www.reviewgeek.com/106690/lg-gave-up-on-phones-to-make-indoor-gardening-equipment/
Proactive Computing found this story and shared it with you.
The Article Was Written/Published By: Cory Gunther

The Best Smartphones of 2021 Ranked

The smartphone market has someone for everyone, whether you’re looking for a budget device that doesn’t compromise on features or a flagship model sporting the latest and greatest hardware. Despite chip shortages, shipping delays, and production bottlenecks, manufacturers still managed to deliver an assortment of new handsets in 2021, including these top-of-the-line models. iPhone 13 Love it or hate it, … Continue reading

Source: https://www.slashgear.com/the-best-smartphones-of-2021-ranked-31703290/
Proactive Computing found this story and shared it with you.
The Article Was Written/Published By: Brittany A. Roston

Android 13 “Tiramisu” Details Leak Before Most Phones Get Android 12 You’re still waiting for Android 12 to reach your phone, but Google’s already working on the next iteration of its mobile OS—Android 13. Codenamed “Tiramisu,” the Android 13 update may include a ton of killer new features, such as opt-in notifications for all apps.

A ton of internal development screenshots obtained by XDA Developers shows off a few of Android 13’s features. Of course, there’s no guarantee that Google will actually implement these features or that they will be exclusive to Android 13. One of the coolest new features that Google’s testing for Android 13 is called “Panlingual.” It allows you to set languages on a per-app basis, rather than setting a system-wide language that applies to all apps.

Of course, some apps like Google Maps already offer custom language settings. But Panlingual will allow you to set an individual language for each app, so long as that app supports the language of your choice. (Google could also use the Android 12 Translation API to automatically set apps to different languages without help from the app’s developer.) We’re all frustrated by app notifications, which are often annoying and difficult to turn off (especially the Doordash notifications). And although Google has made some minor improvements to notifications over the years, they still suck. But they might stop sucking in Android 13.

Google is testing a new “POST_NOTIFICATIONS” runtime permission for Android 13. That’s a fancy way of saying that all app notifications could become opt-in. No more digging through settings to disable notifications every time you install a new app!

I would do just about anything to make opt-in notifications a reality. Of all the features Google is testing for Android 13, this one is my favorite, although I have a soft spot for the next new feature because it’s so freakin’ weird. If there’s one thing that Google is obsessed with, it’s battery management. Every new Android release includes some fancy tool to extend battery life, and of course, the Pixel 4’s lukewarm critical reception taught Google an important lesson about batteries.

If apps run out of “money” when the battery life is low, they can no longer schedule tasks. Google could also increase the “cost” of performing tasks as battery life depletes.

Early leaks indicate that TARE will operate through the JobScheduler and AlarmManager policies. The system sounds incredibly complex, so don’t be surprised if it isn’t included in Android 13. Android 13 may be the first release to add full support for Bluetooth LE Audio.

Google recently merged an LC3 (the LE Audio codec) encoder and is adding the codec as an option in settings. It’ll be the highest priority A2DP source codec.

Bluetooth LE Audio has some tradeoffs, including reduced audio bitrate. But the drop in audio quality isn’t noticeable if you’re using a cheap pair of wireless earbuds, and anyway, Bluetooth LE Audio isn’t a full replacement for traditional Bluetooth Audio.

Source: https://www.reviewgeek.com/106702/android-13-tiramisu-details-leak-before-most-phones-get-android-12/
Proactive Computing found this story and shared it with you.
The Article Was Written/Published By: Andrew Heinzman

How to Restart an iPhone 13

Restarting an iPhone 13 is a great way to troubleshoot problems or simply get a fresh start. We’ll show you several different ways to do it—with instructions that also apply to the iPhone 13 Mini, iPhone 13 Pro, and iPhone 13 Pro Max.

Source: https://www.howtogeek.com/774874/how-to-restart-an-iphone-13/
Proactive Computing found this story and shared it with you.
The Article Was Written/Published By: Benj Edwards

How to Switch Between Front and Back Cameras on iPhone

Your iPhone includes two cameras: one in the front that faces you, and one on the back you can point at other things. While taking photos or using FaceTime, sometimes you need to switch between the front and back cameras. Here’s how to do it.

Source: https://www.howtogeek.com/773156/how-to-switch-between-front-and-back-cameras-on-iphone/
Proactive Computing found this story and shared it with you.
The Article Was Written/Published By: Benj Edwards