You may think of science as something that can only be explored in universities or laboratories, but you’d be wrong. Science is accessible everywhere, of course, but most easily (and entertainingly) on YouTube. These fun channels talk physics, biology, math, and even perform cool experiments.

Source: https://www.reviewgeek.com/104955/the-best-youtube-channels-for-science-enthusiasts/
Proactive Computing found this story and shared it with you.
The Article Was Written/Published By: Suzanne Humphries

YouTube is shedding more light on the tidal wave of copyright claims it receives. The service has released its first copyright transparency report and it notes that of the more than 729 million claims made in the first half of the year, it overturned more than 2.2 million. Around 60 percent of disputed claims were resolved in favor of the uploader, versus just under 1.5 million in the claimant’s favor.

Over 99 percent (722.7 million) of all copyright claims between January and June emerged through Content ID, which automatically monitors YouTube for potential copyright issues. Only 0.5 percent of these were disputed.

Other copyright claims were submitted via webforms and the Copyright Match tool. YouTube says claims that are filed manually are twice as likely to be disputed than automated ones. That indicates creators are perhaps more reluctant to appeal against Content ID claims, even though most disputes are resolved in their favor.

Copyright owners can opt to have a video that’s deemed to violate their rights deleted, track viewership stats and/or receive revenue it generates. Earlier this year, YouTube started offering creators a way to check for potential copyright violations when they upload a video. The platform offers creators a way to remove sections of a video that cause issues.

YouTubers have long criticized how the platform handles copyright claims, as The Verge notes. They can lose money or even face having their channel banned as a result of claims, many of which are evidently incorrect. While the report provides more insight into how big an issue copyright claims are, YouTube acknowledges “no system is perfect” and that it’s “impossible for matching technology to take into account complex legal considerations like fair use or fair dealing.”

Source: https://www.engadget.com/youtube-copyright-transparency-report-184854080.html?src=rss
Proactive Computing found this story and shared it with you.
The Article Was Written/Published By: Kris Holt

For the first time ever, people recently spent more time on Facebook Gaming than YouTube Gaming watching their favorite streamers. That’s according to Streamlabs, which published its Q3 2021 Live Streaming Industry Report on Wednesday.

The company says viewers watched 1.29 billion hours of content on Facebook Gaming between August and September, representing a 9.2 percent increase from the previous quarter. By contrast, the amount of content people watched on YouTube Gaming went from 1.294 billion hours in Q2 2021 to 1.13 billion hours in the most recent three-month period. In terms of viewership, Google’s platform has seen a steady decline since it hit a peak at the end of last year.

YouTube’s struggles are surprising considering the company recently spent big to secure talent like DrLupo and TimTheTatman. Steamlabs attributes the milestone to Facebook Gaming’s international popularity, in addition to the recent rollout of features like co-streaming. Whether Facebook can continue to top YouTube is hard to say. Over the same timeframe, the platform saw a decline in both total hours streamed and unique channels. Those stand at 17.1 million and 440,000 currently, representing declines of 17.8 percent and 48 percent from the previous quarter. For what it’s worth, Steamlabs predicts the company is on the right path.

As for Twitch, it ran into its own set of problems. People watched 5.79 billion hours of content last quarter. Obviously, that’s more than Facebook and YouTube combined, but it’s also a 11 percent decrease from the viewership numbers it saw in Q2 2021. What’s more, the above number represents a year-over-year decline of 22 percent. At the same time, Twitch saw, for the first time ever, a year-over-year decline in unique channels, with that number decreasing from 10.6 million in Q3 2020 to 10.4 million in Q3 2021. Still, with a 70 percent share of the market in terms of hours watched, Twitch is the dominant platform in the space, and that’s unlikely to change anytime soon.

Source: https://www.engadget.com/streamlabs-q3-2021-live-streaming-industry-report-150022643.html?src=rss
Proactive Computing found this story and shared it with you.
The Article Was Written/Published By: Igor Bonifacic 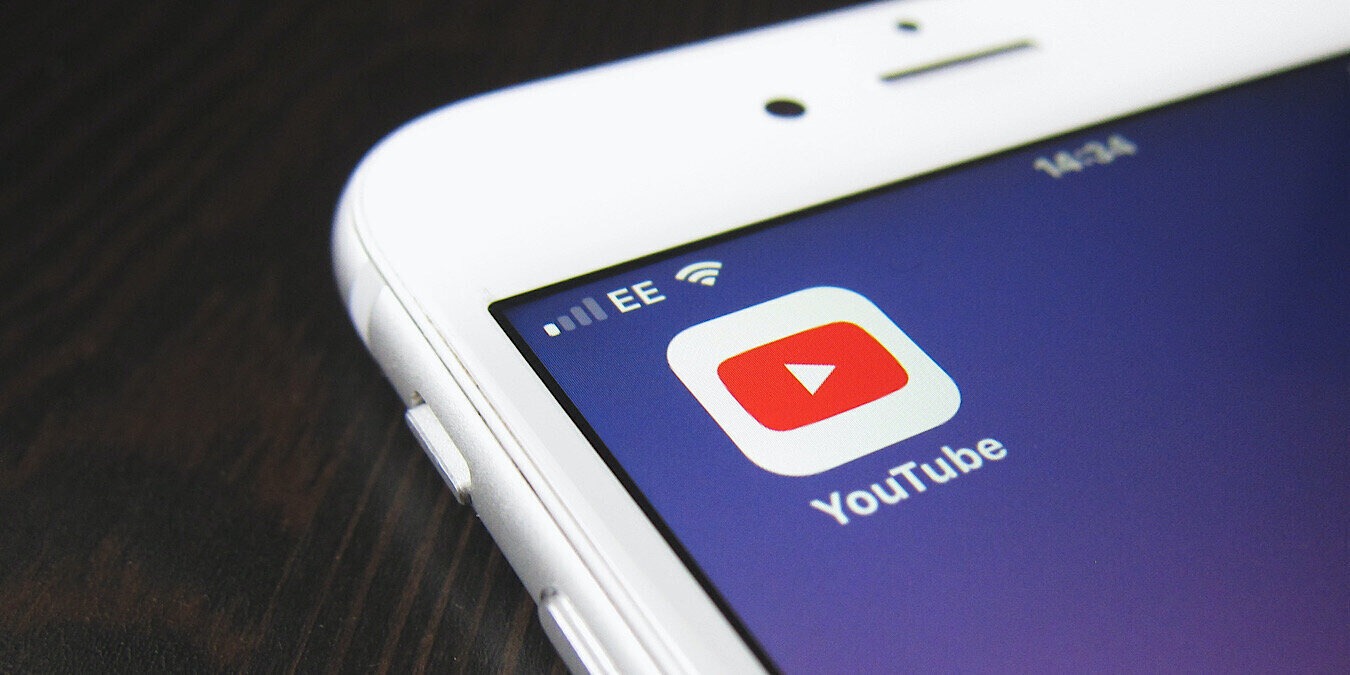 At first glance, it’s easy to think YouTube TV and YouTube Premium are two sides of the same coin. Realistically, the comparison between the two ends at the use of YouTube in their respective names. They absolutely cater to different interests and different consumers. Let’s walk through where each one excels and which one is ultimately right for you. 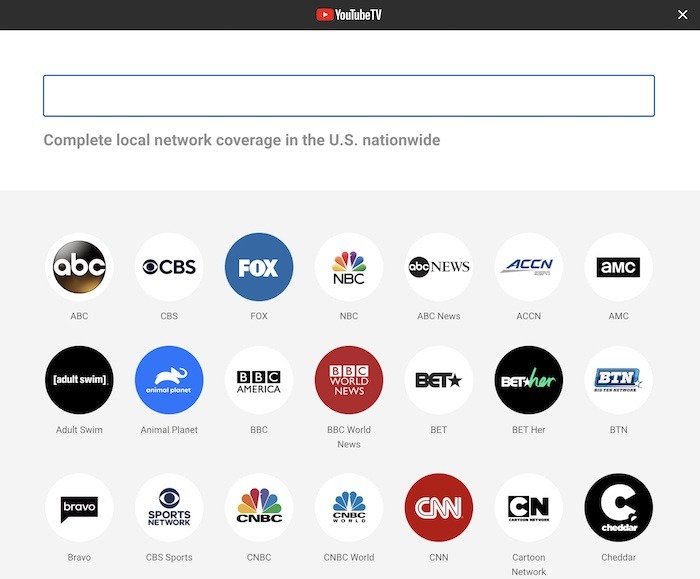 What is YouTube TV? As its name suggests, YouTube TV is a TV streaming service for “cord-cutters” in the United States. As of today, there are more than 85 channels available across news, sports, entertainment and more. That includes the usual channels, including:

On top of that, you can also include premium network add-ons for HBO, Showtime, EPIX, and a variety of sports packages, like NFL RedZone, Fox Soccer Plus and more. There is no cable box, no contract and no hidden fees – just pure entertainment. You can also receive access to YouTube originals,… Read more

Source: https://tracking.feedpress.com/link/12555/14792088/youtube-tv-vs-youtube-premium
Proactive Computing found this story and shared it with you.
The Article Was Written/Published By: David

Discord Is Bringing Music Back With a YouTube-Sanctioned Bot

After Google-owned YouTube killed two hugely popular Discord music bots this month, forcing them to essentially shut down in the dead of night over claims of copyright infringement, Discord has reportedly begun testing a YouTube integration that will allow users to once again stream tunes within their servers.

Source: https://gizmodo.com/discord-is-bringing-music-back-with-a-youtube-sanctione-1847730671
Proactive Computing found this story and shared it with you.
The Article Was Written/Published By: Brianna Provenzano

How to Upload a Video to YouTube From iPhone or Android

Want to get started with YouTube but are not sure how to upload your first-ever video? If you recorded with your smartphone, you can upload your video directly to your YouTube channel from your iPhone or Android device. Here’s how.

Source: https://www.howtogeek.com/744825/how-to-upload-a-video-to-youtube-from-iphone-or-android/
Proactive Computing found this story and shared it with you.
The Article Was Written/Published By: Mahesh Makvana

While critics allege YouTube puts profits over public safety, product head Neal Mohan insists that the Google-owned video site is working to be a better content moderator, in part because it is good for business.

Driving the news: YouTube is announcing Monday that it now has two million people in its programs that enable creators to get paid. Mohan said a huge part of his focus is trying to find ways to make sure those who play by the rules are rewarded.

Between the lines: YouTube still faces challenges in making sure it is the creators “doing the right thing” who are benefiting the most, rather than spreaders of viral misinformation.

The big picture: On one of the biggest topics at the moment, COVID-19 misinformation, Mohan pointed to both the work that the company has done to enforce its policies and collaborations between creators and health authorities, as well as the dedicated spots YouTube has set aside for authoritative information.

By the numbers: YouTube has recently started sharing the rate of policy-violating content that is being shown to visitors. Tech companies and critics agree that this is a more important metric than the total amount of content being removed.

Meanwhile: Mohan said he continues to put a lot of effort into YouTube Shorts, which he says is more than just a TikTok competitor.

Source: https://www.axios.com/youtube-mohan-content-policing-good-for-business-97a87848-4b71-4fa4-a6b0-963c5b027d48.html
Proactive Computing found this story and shared it with you.
The Article Was Written/Published By: Ina Fried 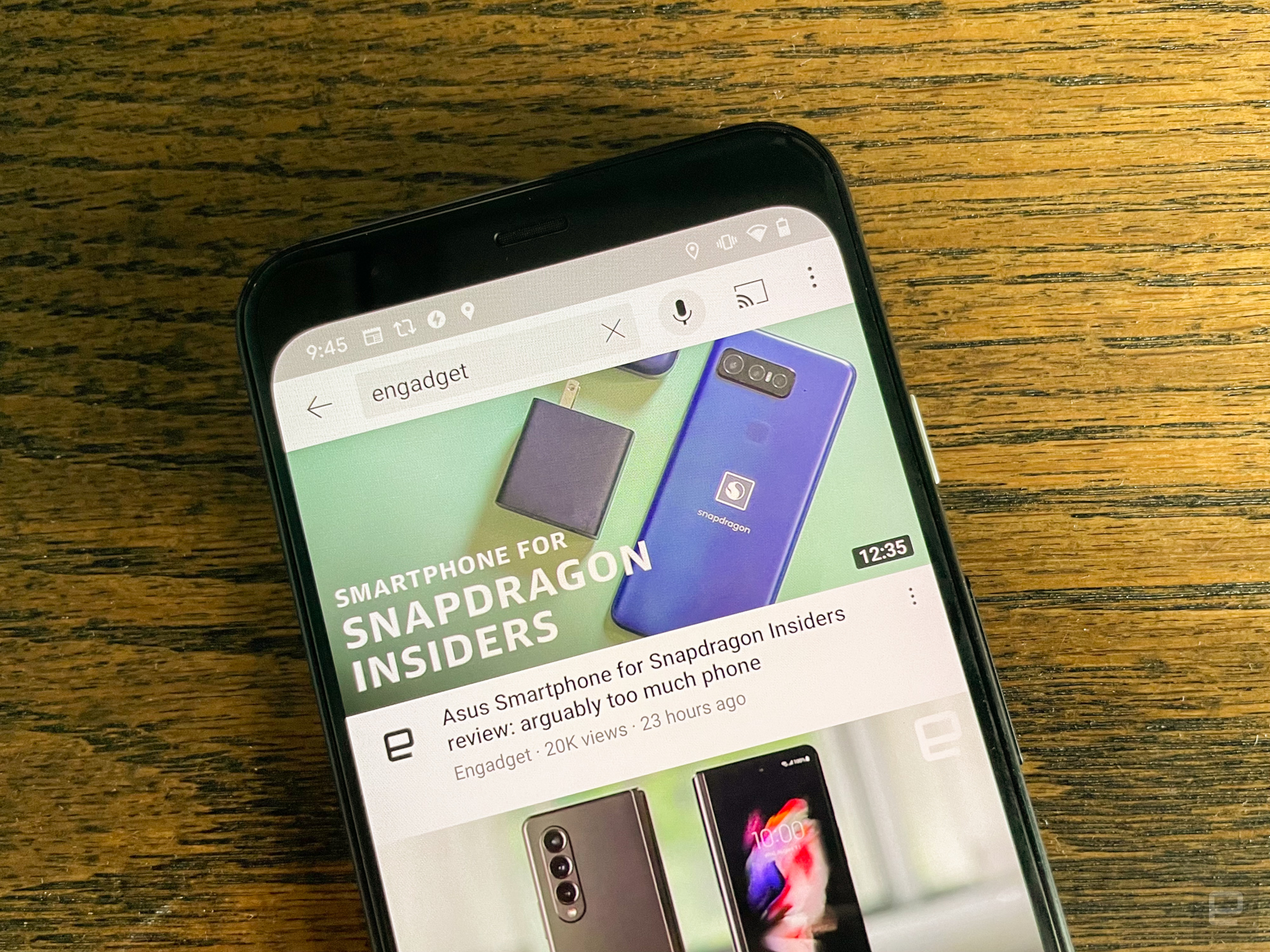 YouTube has an impossibly large video library, and the company knows that navigating it is easier said than done. To that end, the company is introducing a few new features to improve the search experience. Probably the most significant new tool is chapter view right from the search results page. YouTube has offered the ability for users to break longer videos into separate chapters so that viewers can quickly find specific information, but they were only visible when you clicked through.

Now, chapters will appear alongside the search results, with a time-stamped image thumbnail for each section. This should give viewers more insight into the content inside each video, and you’ll be able to tap or click right into a specific chapter if you find exactly the info you’re looking for. We’re not yet sure if this feature is coming to mobile, desktop or both, but we asked YouTube and will update this if we find out more.

Another new feature we do know is coming to mobile are the little snippets of videos that automatically play when you mouse over them on the desktop. YouTube says it’ll roll out “a version” of these previews on mobile, though it’s not clear exactly what gesture will be used to get the snippet to play.

Finally, some of Google’s auto-translate tools are coming to YouTube search results to make them useful to more people. Specifically, the company is starting to include automatically translated video titles, descriptions and captions to search. These results will show when there isn’t enough related content in a user’s local language to be useful. YouTube is first adding these translations to English-language videos, and right now it’s only being tested on mobile devices in India and Indonesia; the company says it’ll “consider” expanding to more locations based on user feedback.

Source: https://www.engadget.com/you-tube-search-updates-video-chapters-150005802.html?src=rss
Proactive Computing found this story and shared it with you.
The Article Was Written/Published By: Nathan Ingraham

How to Create Shorts with YouTube for Android and iOS 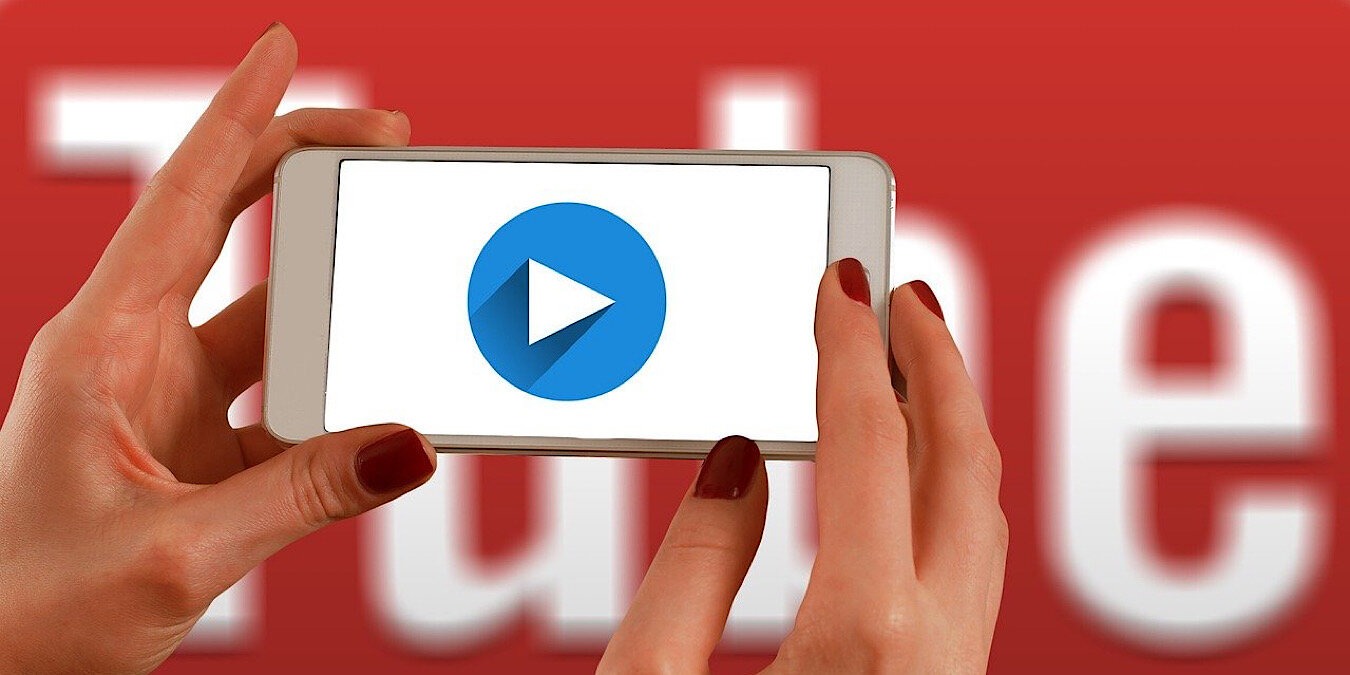 TikTok’s rising popularity has inspired competing apps like YouTube to add similar options. Consequently, on Android and iOS, you can now create small videos in portrait orientation called “Shorts,” which are limited to up to 60 seconds. In this tutorial, we walk you through the basics of creating a YouTube Shorts on Android and iOS apps. Related: How to Record Video with Music on iPhone How to Create a “Short” on YouTube for Android and iOS Whether you’re using YouTube on an Android or iOS device, the steps to create a TikTok-like video are basically the… Read more

Source: https://tracking.feedpress.com/link/12555/14686392/create-shorts-with-youtube
Proactive Computing found this story and shared it with you.
The Article Was Written/Published By: Alexandra Arici

Just one week after Instagram announced new settings intended to make it harder for weird creeps to peruse its platform, Google said that it was also rolling out a host of new privacy options intended for minors across its suite of services, including Google search, YouTube, YouTube Kids, Google Assistant, and others.

Source: https://gizmodo.com/google-is-adding-features-to-make-youtube-safer-for-kid-1847464571
Proactive Computing found this story and shared it with you.
The Article Was Written/Published By: Brianna Provenzano